Mick Schumacher to make F1 debut in 2021 with Haas

Mick, the son of seven-time F1 world champion Michael Schumacher, has signed a multi-year deal with the Haas F1 team. 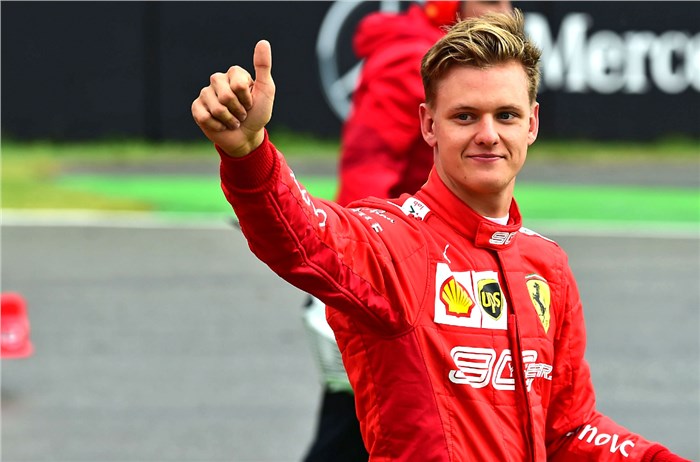 The renowned Schumacher name will return to F1 next year with the Haas F1 team confirming it has signed Mick Schumacher, son of seven-time world champion Michael Schumacher, on a multi-year deal. The move will see the Ferrari junior driver make the step up to F1 after spending two seasons racing in F2.

Haas had both of its 2021 race seats up for grabs after announcing that both Romain Grosjean and Kevin Magnussen would be leaving the team at the end of the 2020 season. This means the American team will field an all-new driver line-up next year with Mick joining fellow F2 racer Nikita Mazepin.

Schumacher currently leads the 2020 F2 championship by 14 points with just one round remaining. After a lacklustre first year in the series, the 21-year-old has enjoyed a blistering run this season, having picked up two wins and 10 podiums. And he could very well clinch the F2 title this weekend in Bahrain.

To prepare for his F1 debut, Mick will be participating in the first free practice session (FP1) for Haas at the F1 season finale in Abu Dhabi. He’ll also be running in the rookie test that will take place two days after the race at the same track.

After winning the European F3 championship in 2018, Mick signed with the Ferrari Driver Academy (FDA) as part of the team’s young driver development programme. He then made his F2 debut with Prema in 2019. He’s also made some F1 test outings for both Alfa Romeo and Ferrari since then.

Schumacher is widely expected to join Ferrari, the team with whom his father won five titles, in the future. His stint with Haas will nevertheless play a key role in further refining his racing skills before he can step up to a bigger team.

“The prospect of being on the Formula 1 grid next year makes me incredibly happy and I’m simply speechless,” said Schumacher, who will race with the number 47 in F1.

“I would like to thank Haas F1 Team, Scuderia Ferrari and the Ferrari Driver Academy for placing their trust in me. I also want to acknowledge and extend my love to my parents – I know that I owe them everything.

“I have always believed that I would realise my dream of Formula 1. A huge thank you must also go to all the great motorsport fans out there who have supported me throughout my career. I will give it my all, as I always do, and I look forward to going on this journey together with Haas F1 and them.”