Mick Schumacher wrapped up the 2018 Formula 3 European championship title last weekend at the series’ season-ending round at Germany’s Hockenheim circuit. 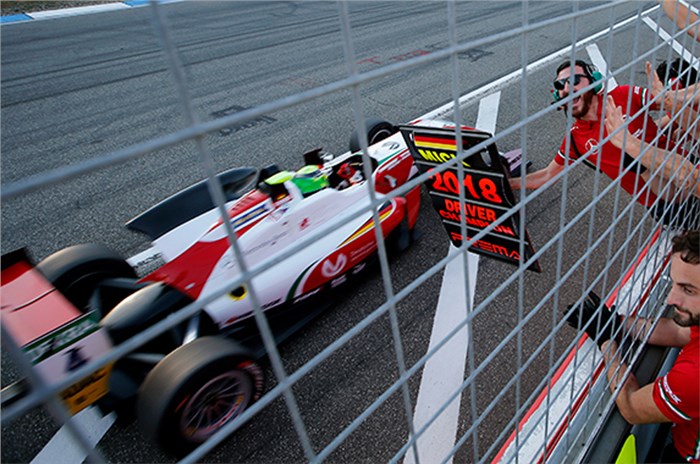 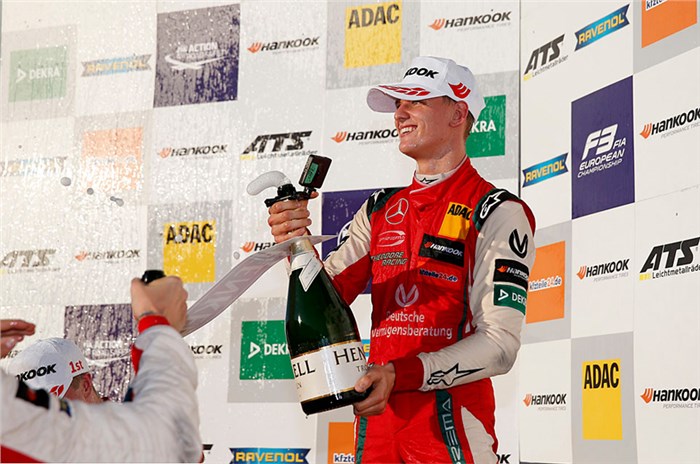 The German, son of seven-time Formula One world champion Michael Schumacher, got the job done with one race to spare, chalking up a 2nd-place finish in the second of three races to move beyond reach of Red Bull-backed Dan Ticktum.

The championship win was Schumacher’s first single-seater title triumph and comes 28 years after his father Michael won the German F3 crown, also at Hockenheim. It qualifies the 19-year-old for a Formula One super-licence although he is most likely to step up to Formula 2.

“It’s a slightly unreal feeling,” said Schumacher, who drove for the Prema Powerteam outfit who clinched the team title. “I’m absolutely delighted. I still can’t quite believe it.”

The young legacy finished 12th in the overall standings in his debut season in 2017. The current season was Schumacher’s second in the F3 European championship. He took his first win 15 races into the season at the Spa-Francorchamps circuit, where his father made his debut and scored his maiden F1 triumph, after a difficult start. But that weekend marked a turning point in Schumacher’s campaign. The German – whose best finish until then had only been two 3rd-place finishes – went on to take seven wins from the next 15 races.

Schumacher’s F3 form has already caught the attention of the F1 fraternity. “How can you say no, in Maranello, to a name like this?” said Marizio Arrivabene, at last month’s Singapore Grand Prix. Arrivabene is the boss of the Ferrari F1 outfit for whom Michael Schumacher had won five of his seven titles.

Toto Wolff, motorsport boss of Mercedes, for whom the 91-time Grand Prix winner drove during his F1 comeback, was also all praises after Mick’s title triumph. “Attention was focused on the youngster right from the start, and he was under a lot of pressure,” said Wolff, at Hockenheim for the finale of the German Touring Car Championship (DTM) which Mercedes are pulling out of.

“It's not easy coping with all that, especially if the season does not get off to the best of starts, as in this case,” he went on to say. “His performance in the second half of the season was therefore all the more impressive. He has shown that he has what it takes and that he can become one of the greats in our sport.”