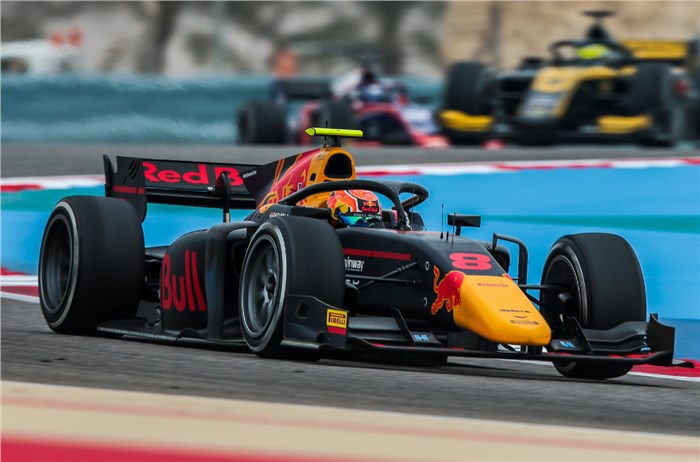 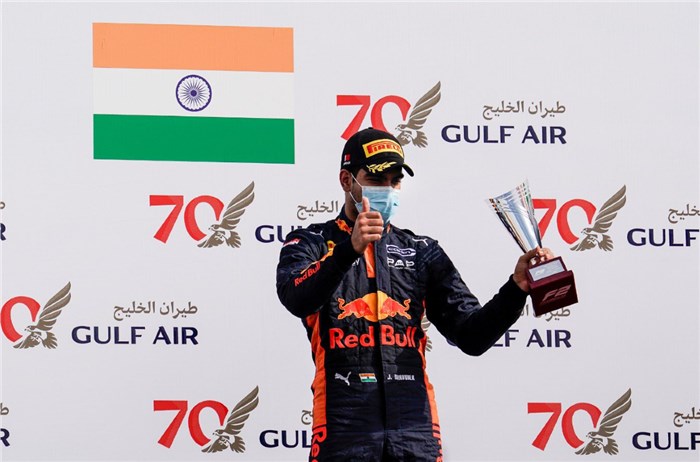 Jehan Daruvala has secured his first podium finish in Formula 2 (F2) after successfully fending off championship leader Mick Schumacher in Bahrain. His 3rd-place finish couldn’t have come at a better time – it’s been a tough first season in F2 for Daruvala, but the Indian F1 hopeful always maintained that he is determined to round off the campaign in style.

The Bahrain GP saw F2 return to action after a lengthy two month break. Starting the race from 8th on the grid, Daruvala enjoyed a good start and was up to 6th place at the end of the opening lap. He found himself running in 3rd place with 10 laps to go, but had Mick Schumacher right behind him on a charge on fresh tyres.

With the championship on the line, Schumacher remained more cautious as he caught up to the back of Daruvala. The Indian racer took full advantage of this and showcased some aggressive defending as he held on to clinch his first podium in F2. Schumacher, meanwhile, had to settle for 4th place.

“It’s been a long time since I’ve been back up here [on the podium],” said an elated Daruvala after the race.

“It was quite fun. I knew he has a lot more than I have to lose, so I was the more aggressive one there. I think it was fair racing and I took my chances with him and it worked out in the end,” he added.

Felipe Drugovich secured his first F2 feature race victory, while Callum Ilott cut into Schumacher’s points lead with his 2nd-place finish. This means the championship battle will go right down to the wire, with the finale in Bahrain next week determining who will take home the title.

Daruvala’s maiden F2 outing has not gone according to plan, with the 22-year-old from Mumbai struggling to really get into the groove. His biggest handicap in the first half of the season was his starts, but he believes he has successfully addressed that. While speaking with Autocar India, he expressed that he was looking forward to the final two rounds in Bahrain, stating that his confidence is growing.

“Honestly, my main thing for half of the season was the start. Every start I went like four or five places backward. So that was not good at all. I had good qualifying sessions, quite a few top sixes, but it never turned into good results because I just went backwards at the start. On the last, say two weekends, all my starts have been quite good and consistent. I’m now actually quite confident that if I qualify well, I can finish at the front after having a good start,” he said.

You can head here to read our complete Jehan Daruvala interview.