Alonso is on the road to recovery after fracturing his jaw a month before he makes his F1 return with Alpine. 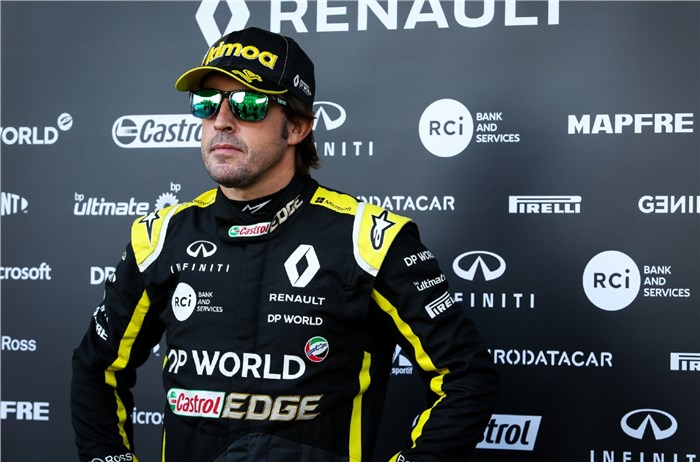 The Alpine F1 Team has confirmed that Fernando Alonso fractured his upper jaw after being involved in a road cycling accident yesterday. The two-time F1 world champion has since undergone a successful corrective operation for the injury.

Alonso involved in cycling accident ahead of F1 2021 season

Alonso, who will be making his F1 return this year with the newly rebranded Alpine team (formerly run as Renault), crashed his cycle while riding in Switzerland. In the immediate aftermath, Alpine released a statement saying he was “conscious and well in himself.”

The team has now revealed further details about the Spaniard’s condition: “Following his cycling accident yesterday, Fernando Alonso was kept under observation in hospital in Switzerland. Medics discovered a fracture in his upper jaw and conducted a successful corrective operation. The attending medical team are satisfied with his progress.”

Alonso will now remain under observation in hospital for a further 48 hours. Alpine added that after a few days of complete rest, he will be able to progressively resume training and is expected to be “fully operational to undertake preparation for the season.”

The incident is particularly worrying for both, Alonso and Alpine, since the first pre-season test gets underway in Bahrain just a month from now, on March 12.

This year will see Alonso return to racing in F1 after over two years away. Since retiring from F1, he has gone on to win the World Endurance Championship with Toyota – including winning the iconic 24 Hours of Le Mans, twice – and has also tried his hand at the Dakar Rally. But with a record 23-race F1 calendar this year, he’ll need all the time he can get behind the wheel of his F1 race car.