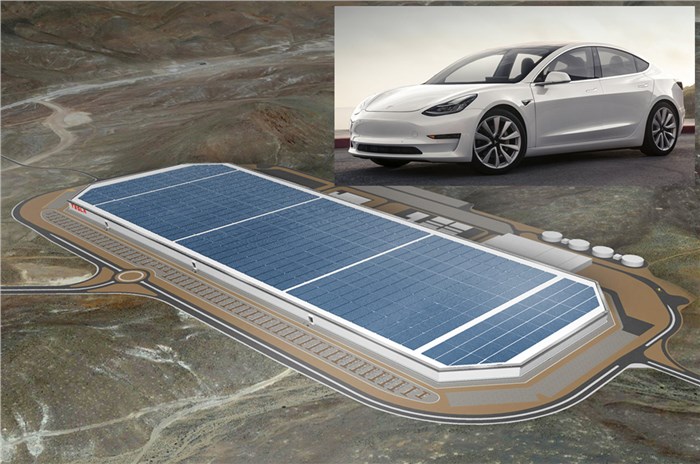 Maharashtra is the latest suitor in the race to invite Tesla to set up a factory.

Tesla Inc has been in the news for the last few days since the time its CEO, Elon Musk, hinted at an India entry in 2021.On Thursday, Maharashtra made known its intent to woo the electric car brand which has become iconic across the world.

Make no mistake, other Indian States are not going to sit back and watch the opportunity go by. Be it Karnataka, Tamil Nadu, Telangana or Andhra Pradesh, each of these southern regions will go the extra mile in offering attractive fiscal sops to ensnare Tesla Inc (until recently it was known as Tesla Motors). It’s going to be a battle royale, pretty much on the lines of what has been happening over the last few decades since the time India threw open its gates to multinational car companies.

At that point in time, Maharashtra’s procrastination in the early phase of the 1990s saw big ticket projects like Ford, Hyundai,Volvo Trucks and Toyota establish their base in Tamil Nadu and Karnataka. Maharashtra quickly reworked its investments policies which helped attract the likes ofVolkswagen, General Motors, Mercedes-Benz and Fiat to set up shop in the State.

In the northern region, Uttar Pradesh (Greater Noida) and Haryana (Gurugram) have constantly kept the automotive investment meter ticking away with Rajasthan also chipping in from time to time. Over the years, Tamil Nadu has surged ahead in getting big brands such as Renault-Nissan, Daimler India Commercial Vehicles and Groupe PSA to set up shop, while Gujarat was also proactive in offering a home to Maruti Suzuki, Ford and Honda Motorcycle & Scooter India.

This was on the back of its aggressive posture in persuading Tata Motors to relocate its Nano plant from West Bengal to Sanand. More recently, Andhra Pradesh pulled off a coup of sorts by snapping up Korean brand, Kia Motors, as its high- profile resident.

Fast forward to 2020 and Tesla’s interest comes at a time when electric mobility has become the most fashionable buzzword in the Indian landscape. Elon Musk’s company is a fashionable brand to be associated with and there is no question that the maverick CEO has truly played a big role in getting other big carmakers across the world to go down the electric route right from Volkswagen to Mercedes-Benz.

For him to set up shop in India is a big deal to individual State governments because they will have a big brand name to showcase in their kitty. Further, whether one likes it or not, this also becomes important political mileage for them. Take the case of Maharashtra, for instance, where it is no secret that the Shiv Sena-led alliance and the BJP are constantly at loggerheads. If the State gets Tesla on board, it will be making a big statement politically. Never mind that the same government has been dithering forever on another bigticket investment in the oil and gas space where a 60 million tonne refinery promoted by Aramco and Adnoc along with IOC, BPCL and HPCL has not got the green signal yet for its plans in Ratnagiri.

Move on to the south and it is only too well known now that Telangana is extra keen on getting a big automotive brand into its fold. There would definitely be some heartburn that its neighbour, Andhra Pradesh, is one up with Kia and Telangana will be hoping to even the balance by convincing Tesla to set up shop there. The fact that both States are non-BJP governments is also something that should not be ignored.

Tamil Nadu is an old hand in the auto space and will be keen to hone its image as the Detroit of Asia. The State goes into assembly elections in 2021 and what better than showcasing a brand like Tesla to drive home the message that it is investor-friendly? Likewise, Karnataka will be keen to press its advantage as a State that already houses Toyota and Volvo.

The following weeks will see an interesting tug-of-war being played out between these States as each of them will pull out all the stops in getting Tesla to their side. Musk, in return, will be faced with a problem of plenty in terms of weighing a huge basket of attractive fiscal incentives which will become hugely critical for his business model.

Tesla to invest in India

It is perhaps pertinent at this point in time to keep in mind that a couple of bigticket Chinese investments are also waiting in the pipeline. The first is Great Wall Motors which already has a foot in Maharashtra’s door but is in pause mode thanks to political tensions spiralling between China and India. The company has already announced its intent to acquire GM’s facility near Pune which will be a big deal to Maharashtra from the viewpoint of investments and employment.

Changan Automobile, likewise, is in talks with the governments of Tamil Nadu and AP going by the industry grapevine which again will mean a great deal to either state if it clinches the deal. Clearly, all this will happen only when India and China bury the hatchet which could either be a few weeks or months depending on how the political winds blow.

Indian States are pretty much broke as evident from the growing clamour on GST compensation. Their finances have been crippled by the Covid-19 pandemic and with a sense of despondency all around, they need some adrenaline in the form of Tesla moving in as their resident. It will be interesting to see which State is successful in wooing Elon Musk into its fold.