A difficult business case and geopolitical tensions like the Ukraine war and China's lockdown could have influenced this decision. 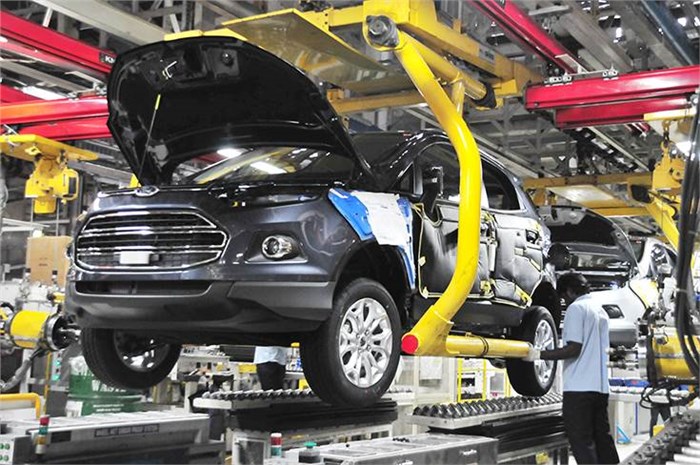 Ford has withdrawn its application from the Centre’s production-linked incentive (PLI) scheme. The American carmaker was in the first tranche of manufacturers who got approval for this scheme. Now, however, the company will not use any of its existing facilities in India – at Maraimalai Nagar, Tamil Nadu and Sanand, Gujarat – for this purpose. The state of these plants lies in limbo now.

What was Ford’s EV plan?

Six months after it announced the shutting down of its local manufacturing, Ford India stated that it was “exploring the possibility of using a plant in India as an export base for EV manufacturing.” This under the Government’s PLI scheme.

The PLI scheme, incentivizes the production electric vehicle (EV) and hydrogen fuel cell EV (FCEV) manufacturing in the country and manufacturers like Maruti Suzuki, Tata, Hyundai and Ford had got approval previously.

Why could Ford have dropped out?

Sources say that the capacity at Maraimalai Nagar could also have been a challenge from a long term point of view for production worldwide. Ford is betting big on the EV business and would have ideally needed more capacity to make this a reality.

Ford could also possibly have chosen to drop India from its EV plans as the present state of geopolitical tensions across the world – the war in Ukraine and the lockdown in China – have led to a massive increase in input costs for EVs. Ford, perhaps, did not think it appropriate at this point in time to contemplate new investments in electric.

What's in store for its employees

From its employees’ point of view, this will be a big setback as electric vehicle production would have given them some hope. The Tamil Nadu government will also be concerned, and will have to do its bit to scout for a buyer.

This can be tricky as 2,400-odd people were employed at Maraimalai Nagar near Chennai, and they are unsure if they will be jobless once vehicle production ceases at the plant. It is not the easiest of situations handling anger and anxiety, and this is where the state government will have to tread carefully.

Talks have apparently been on with other automakers, but observers believe the best fit will be Hyundai, which has big plans for India. The Korean carmaker has a plant in Sriperumbudur, which is not too far from the Ford facility near Chennai. This is a vibrant auto hub with a host of other brands like Renault-Nissan, Daimler India Commercial Vehicles, Royal Enfield, Yamaha and more.

At the end of the day, it is now clear that Ford has wrapped up its India manufacturing innings and there is no question of restarting operations. As previously reported, Ford will continue importing cars as Completely Built Units (CBUs), and though the EV foray kindled hopes, with the shelving of the PLI scheme, the company will join a growing list of automakers that have exited India. The biggest casualty each time this happens is the workforce, as evident with Peugeot and Daewoo two decades earlier, and followed more recently by General Motors and Harley-Davidson.

Speculation was rife that the Maraimalai Nagar plant would be right for EV manufacturing since reports have been doing the rounds that the other unit at Sanand, Gujarat, will be sold to Tata Motors.

What are your thoughts on Ford withdrawing from the PLI scheme? Let us know in the comments below.