An approval under the government’s PLI incentive scheme could see Ford locally manufacturing EVs at one of its plants in India. 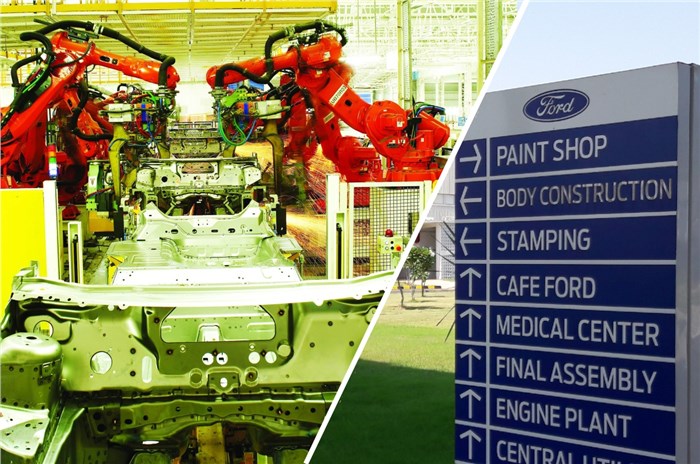 Barely six months on since Ford India shut down local manufacturing, we now have news that the American giant could potentially restart making cars here, having been granted approval under the government’s PLI scheme.

Kapil Sharma, director, Communications at Ford India, said via a release, “We thank the Government of India for approving Ford’s proposal under the PLI scheme for the automobile sector. As Ford leads customers through the global electric vehicle revolution, we’re exploring the possibility of using a plant in India as an export base for EV manufacturing.”

Beyond the news that Ford could resume producing cars here, and that they would be for export, there are other exciting propositions that are yet to unravel, like which models would be produced, at which plant, and whether they will be offered to Indian buyers, and if so, when?

Ford India EVs: Which plant would they use?

For now, Ford is understandably tight-lipped and has no further details to add; the company now has to decide which of its two plants it keeps. Both plants, having produced only internal-combustion engine (ICE) models, would need re-tooling and other significant changes to handle EV manufacturing. Thus, the decision would ride on which of the two would be better suited to the required re-tooling.

However, another important factor would be which plant has a higher potential for sale, as Ford has stated that it cannot keep both operational and is looking to sell one of them. Thus, the firm has a lot to figure out on this front.

What also needs sorting out is which products would be made here. In all likelihood, it will be a brand-new model; Ford would not want to move production of an existing car from an established line, and besides, the company has a very robust EV gameplan that includes many new EVs. The company recently announced a massive investment of US$30 billion globally to deliver all-new hybrid and fully electric vehicles. Of these, the India plant would, in all probability, be used to manufacture lower-cost EVs to leverage India’s low cost structure.

Should any of this come to fruition, it certainly won’t be any time soon, given the extensive re-tooling required to the plant, and also that this will likely be an all-new model that is yet to be developed.

Ford India EVs: Are they only for export?

As the company statement indicates, Ford could make India an export-only manufacturing base. The government PLI scheme allows for companies to locally produce products even if they are not sold here, so long as the company meets localisation targets, year-on-year growth targets and a few other criteria.

However, with an active dealer network, Ford continuing to support customers with a five-year price freeze on spare parts and consumables, and also announcing that it would retain over 90 percent of its service network, it would make logical sense to sell these made-in-India EVs locally. Furthermore, the PLI scheme calls for a high level of localisation, which would thus make these lower-segment EVs very viable for the Indian market.

Will Ford India be electric only?

Sharma said the company has not yet envisioned that plan, saying, “There have been no specific discussions on this right now as Ford also plans to serve customers in India with must-have, iconic vehicles, including the Mustang coupe.”

Thus, we could see a mix of locally made Ford electric cars and imported higher-end Fords in the near future. With this development, it’s quite clear Ford has not given up on India and is keen on keeping its options open in the Indian market.

Would you like to see Ford join the ever-growing EV race in India? Tell us in the Comments section below.