Mercedes’ new C-class looks impressive in the flesh and on paper, but just how good is it to drive? 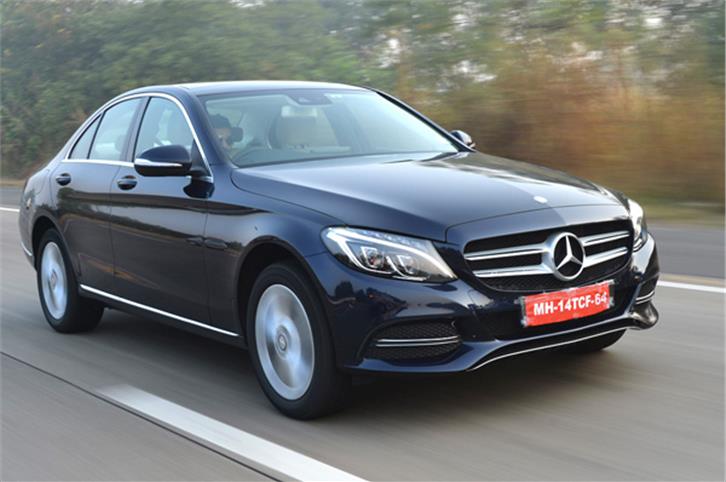 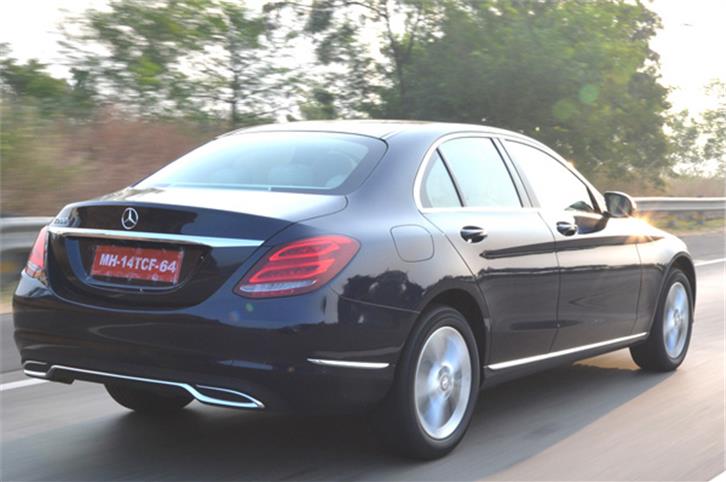 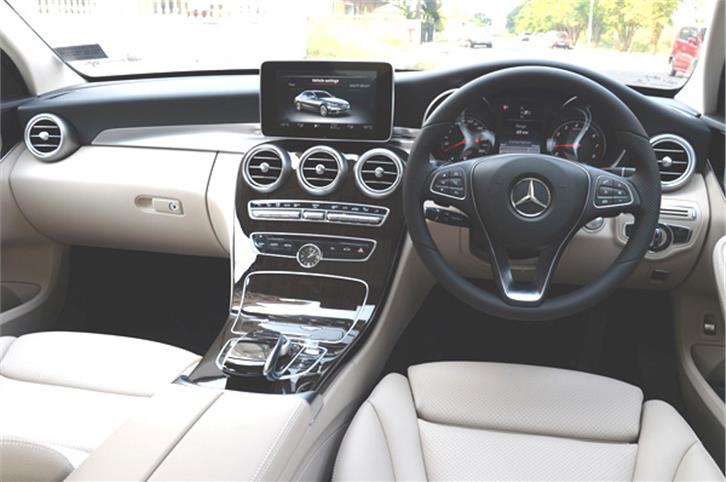 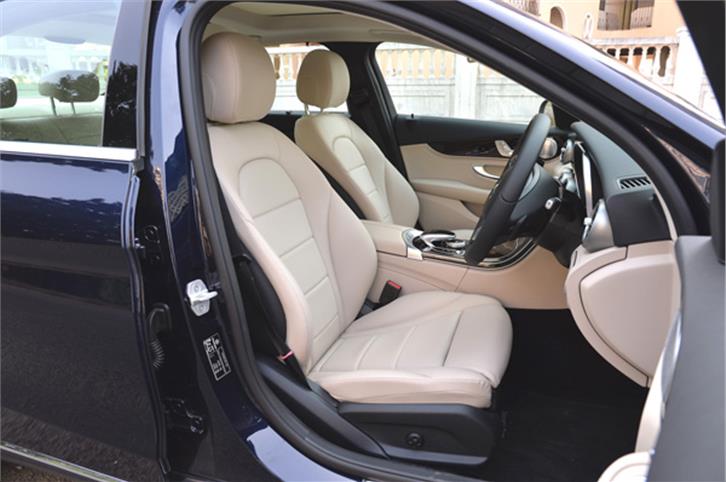 It’s not an S-class, but you’ll be forgiven for thinking that its one, especially if you walk up to it from the rear. This all-new W205 C-class has the same regal look as the new S-class launched at the beginning of this year - from its delicately detailed full-LED headlamps, to its curvaceous, crease-heavy sides, to its tapering tail. It’s only when you size it up that you realise it’s a whole lot smaller, and that it rides quite high on its raised-for-India suspension. And you also notice that the grille is a sporty two-bar affair with a big star in its centre, rather than the big chrome slab on the S. The other big difference is that, in relation to the rest of the car, its boot appears a little stubby, but we’re nitpicking here, and overall, the look is a great blend of  sporty shape and classy details.

The interior, however, is where things are on a whole new level for this segment. The cabin too borrows a lot from the S-class (a very good thing indeed), but thanks to a new design, has its own unique character. For example, bits like the seat controls and beautifully hewn brushed metal window switches are lifted from the S, but the dash has an altogether more ‘vertical’ orientation about it, marked out by the thick, wood finish thick slab that makes up the centre console. The new steering wheel feels great to hold and echoes classic Mercs with its big, round central boss. Behind it sits the instrument binnacle in a deep hooded enclosure - the multi-info screen gives you a lot of information, but the flat-looking dials, look plain and don’t suit this Merc.

Mercedes hasn’t held back on the equipment list, at least with this fully imported C 200 petrol that will be available at launch. Starting with the screen, which still sits suspended above the air-con vents like a tablet computer, but is now larger (8.4 inches) with higher-res graphics befitting this segment. In addition to the click-wheel controller, there is now a touchpad as well, that makes Merc’s COMAND interface much easier to navigate. There are the basics like auto climate control (three-zone), a rear-view camera and Bluetooth connectivity, but then they’ve added goodies like satellite navigation, LED ambient cabin lighting with three selectable colours, push-button start, a massive panoramic sunroof and a magnificent-sounding 13-speaker Burmester hi-fi system.

The front seats aren’t the slim, body-hugging kind you’ll find on the compact Mercs; these are big chairs that will suit all frames and still manage to be supportive. The ‘wings’ or side bolsters use a slightly firmer cushioning, while the centre portion - which actually supports your weight - uses a softer grade. This leaves you feeling nicely ensconced in the bucket, even when cornering hard. Both front seats are fully electrically adjustable, including the adjustable cushion for added thigh support, and both have a memory function too. At the rear, the seat offers the good legroom and sufficient headroom by class standards, but in absolute terms its nowhere near as spacious as the lesser Toyota Camry and Skoda Superb. Also, we found the seat squab too short to offer enough thigh support. The seat itself, however, is well cushioned and nicely bolstered but again, the deep contours and high central transmission tunnel make the C-class better of for four passengers.