New VW SUV-coupe will be loaded with tech; will sit above the India-bound Taigun. 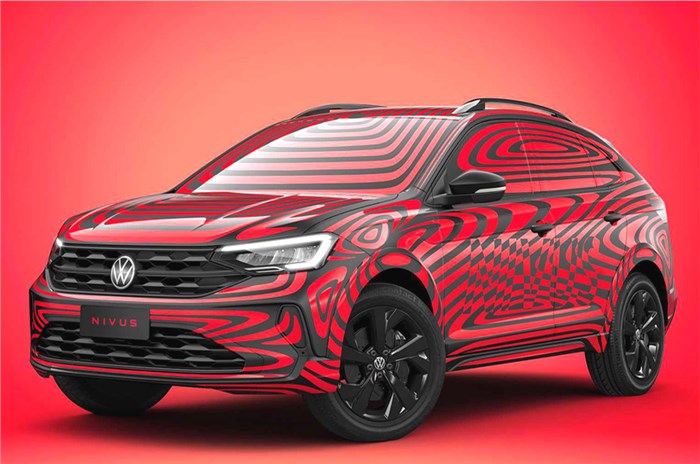 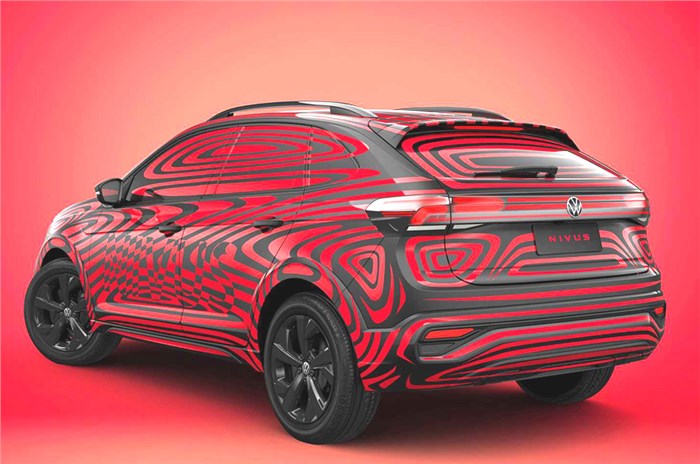 Volkswagen has released new details and also partially revealed the upcoming Nivus SUV-coupe, which is based on the India-bound Taigun SUV.  Volkswagen will first introduce the Nivus in South America and later in many other markets.

Though it’s a partial reveal, it gives a hint of the model's design, which takes cues from VW’s latest SUVs sold globally, including the India-bound Taigun that was revealed earlier this year. The Nivus gets a distinctive look from the coupe-like roofline that tapers towards the rear. It will also be one of the first Volkswagen models to feature the brand's new logo.

The Nivus shares its MQB A0 platform with not just the Taigun, but also the current-gen Polo sold internationally as well as the Virtus sedan that is expected to come to India in the future. The SUV-coupe, at 4,266mm, is a tad longer than the Taigun (T-Cross for Brazil). It has a longer overhang of 856mm, as compared to the Taigun’s 732mm, which gives it a 415-litre boot space despite its SUV-coupe body style. However, a key thing to note here is that the Nivus sits on a shorter 2,566mm wheelbase, which is the same as the international-spec, latest-gen Polo. The T-Cross (Taigun for India) sits on a longer 2,651mm wheelbase, which is identical to the India-bound Virtus sedan that is expected to replace the ageing Vento.

While the dimensions would make the Nivus more of a Polo-based SUV, the model does get a 10mm higher suspension travel, unique suspension calibration, steering as well as stability control, along with XDS locking differential, which will result in better driving dynamics.  The Nivus SUV-coupe will have the same 177mm ground clearance as the standard T-Cross SUV sold in South America.

Under the hood, the Nivus SUV-coupe will initially be sold with t 1.0-liter TSI petrol engine that’s good for 128hp. This is the same powerplant that does duty in the T-Cross and is also expected to be available on the Taigun, with a similar power output. Coming to gearbox options, as VW wants to position the Nivus above the T-Cross, there won’t be a manual transmission of offer and only a 6-speed automatic will be available.  The SUV-coupe will come with limited variants and a long features list.

The Nivus will be one of the first VW models to come with the new 8.0-inch ‘Play’ infotainment system, which will most likely make its way into the Taigun SUV as well that will launch in India next year. Additionally, the SUV-coupe will also come with adaptive cruise control, adaptive autopilot system, automatic emergency braking along with an automatic post-collision braking feature.

While there is no news of the Nivus making its way to India, our market, under the brand's India 2.0 strategy, will see the introduction of two new SUVs based on similar underpinnings – a Vision IN concept-based Skoda version and the Volkswagen Taigun.

Do let us know in the comments section if you feel Volkswagen should bring the Nivus to India.