Volkswagen T-Cross will take on the Creta, Harrier and the Kicks; will share platform with Skoda Vision X SUV. 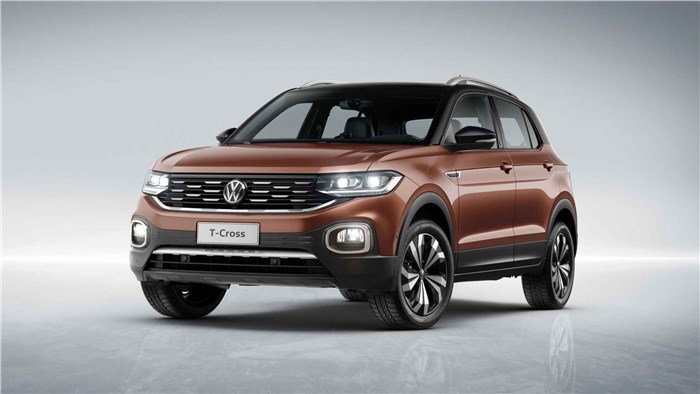 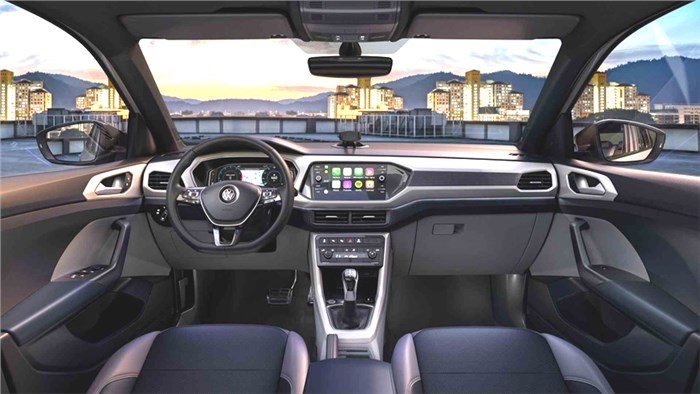 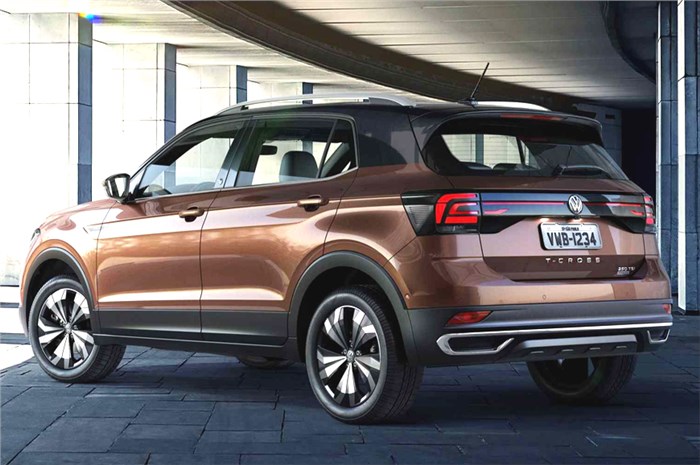 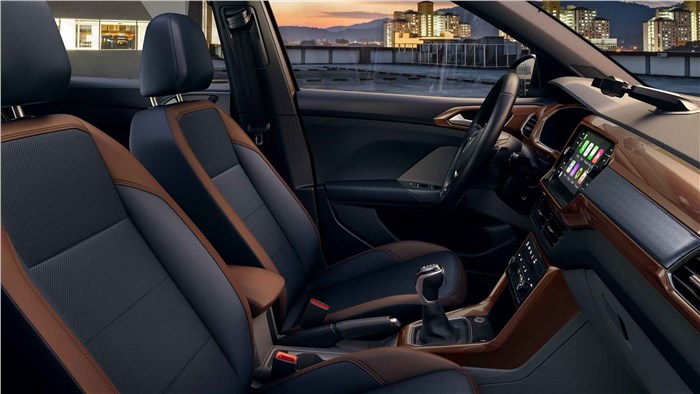 Volkswagen has released the first set of images and details of its new smallest SUV, the T-Cross. As reported by us earlier, the Volkswagen T-Cross will be sold globally with two wheelbase options. The company unveiled both iterations yesterday.

The shorter version of the T-Cross is based on the MQB A0 platform and was unveiled at Amsterdam, and is aimed at the European markets. The longer variant, aimed at emerging markets like South America, India and China, was unveiled in Brazil. This model is based on a modified version of the MQB A0 architecture. The architecture is shared with the Volkswagen Virtus sedan (Vento replacement) sold in South American markets. This sedan is also headed to India in future.

The Volkswagen T-Cross is 4.19m long (European-spec variant is 4.17m), has a wheelbase of 2.65m and is 1.56m high. The added length offers more interior room, especially in the second row. It gets sliding rear seats that'll help in increasing legroom, or cargo room, depending on position.

On the outside, the T-Cross for emerging markets gets a slightly different front fascia from its European cousin. The model gets wider headlamps that merge neatly with the grille. A thin chrome outline that meets the LED daytime running lamps is placed below the grille. The grille and front bumper get subtle chrome bits. The front bumper also gets some rubberised body cladding at the bottom, along with a faux aluminum panel placed at the centre. Moving to the sides, the SUV sports an understated look and gets a thick body cladding that runs across its sides. At the back, the SUV gets LED elements for its tail-lamps and a horizontal lightbar that runs across the tailgate. The T-Cross gets a contrast roof option as well.

On the inside, there's a dashboard that's similar to that of the Virtus, replete with premium quality materials. It also gets ambient interior lighting, a drive mode selector, panoramic sunroof, automatic park assist, and a 10.2-inch digital dashboard. The SUV also comes with an 8.0-inch touchscreen system, at least on the higher trims.

The Volkswagen T-Cross for emerging markets gets a 1.0-litre TSI petrol unit, good for 128hp and 196Nm; this is the same engine used in the new Volkswagen Polo and the Virtus. Higher variants will come with a 1.4-litre TSI petrol engine that will deliver a healthy 150hp and 250Nm. A third engine option will be a 1.6-litre MSI petrol that churns out 110hp. The T-Cross 1.0 TSI is mated to a 6-speed manual gearbox, while the other engine options will get a 6-speed auto. The European-spec T-Cross also gets a 1.6-litre diesel option.

As far as safety goes, the Volkswagen T-Cross for emerging markets comes loaded with six airbags, automatic post-collision braking,  ABS and ESP.  The company is aiming with a 5-star Latin NCAP crash test rating for the T-Cross SUV. The longer T-Cross loses out on adaptive cruise control, automatic braking system with pedestrian detection, automatic high beam, and a blind spot monitoring system, which is available on the Euro-spec T-Cross.

Skoda will borrow the MQB A0 platform too, which means it will share underpinnings with the Volkswagen T-Cross SUV for emerging markets. As part of the India 2.0 strategy, Skoda will introduce this SUV in India in 2020, after a reveal of the production version sometime next year. This SUV was earlier previewed as the Skoda Vision X. The production-spec SUV will see stiff competition from the likes of the Nissan Kicks, the Tata Harrier, Renault Captur and the Hyundai Creta, and this means the model should come with premium interiors and a long feature list as well.

Along with the platform, the Skoda SUV will share a few body panels from the T-Cross, along with many interior bits like the dashboard, seats, and tech. India will first see the launch of the Skoda SUV first, and then the T-Cross.