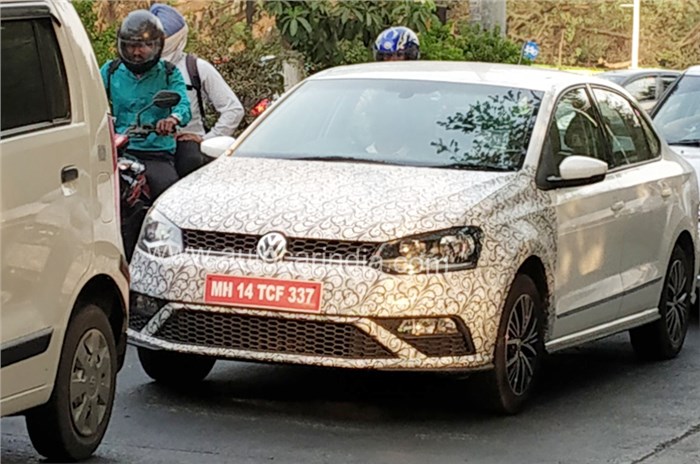 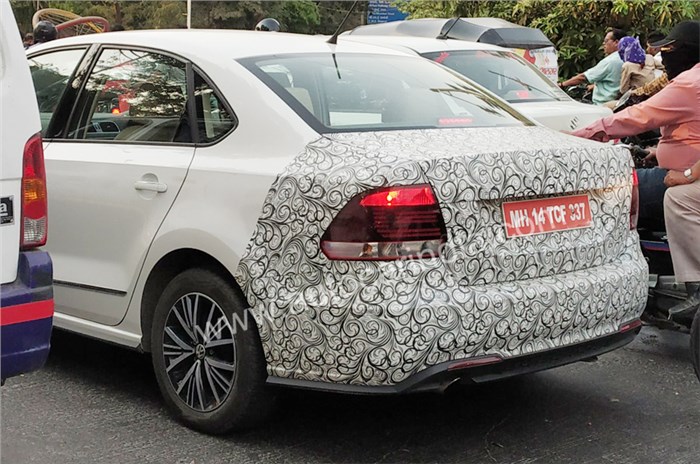 Cars equipped with Volkswagen's new EA211 series, BS-VI compliant, 1.0-litre BS-VI-compliant TSI engine have been spied undergoing road tests in India. This new engine will replace the  made-in-India 1.6-litre MPI engine (EA111) that powers the Skoda Rapid and the Vento as well as the 1.2-litre TSI engine currently available in the Polo GT TSI and the Vento TSI.

Last year, the Volkswagen Group had announced that it will start locally assembling the new 1.0-litre TSI engine in India as a part of its India 2.0 strategy. The new engine is a three-cylinder motor available in two states of tune abroad – 94hp and 115hp.

These new EA211 series of engines, get a cast-aluminium block and cylinder head with an integrated exhaust manifold. The engines also have forged connecting rods and aluminium pistons and are more compact, lighter and generate less friction; thus making them more efficient than the current crop of naturally aspirated and turbocharged engines.

While the Volkswagen Group will first launch two SUVs in India in 2020-21 with the larger 1.5-litre TSI EVO, the 1.0-litre engine could help power the likes of the Volkswagen Vento replacement, called the Virtus, that has already been launched in South American markets. Expect this 1.0-litre TSI version in the new Virtus to be the higher-tuned variant with 114hp of peak power and about 200Nm of peak torque.

The new three-box sedan will be the third car in the VW Group’s line-up to make it to India after the launch of the new SUVs.