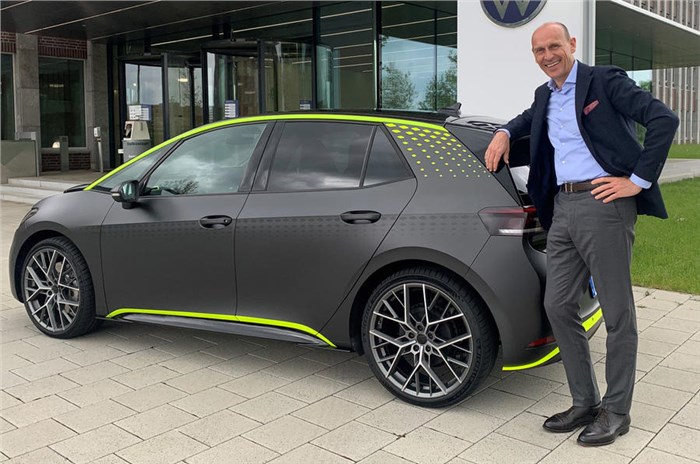 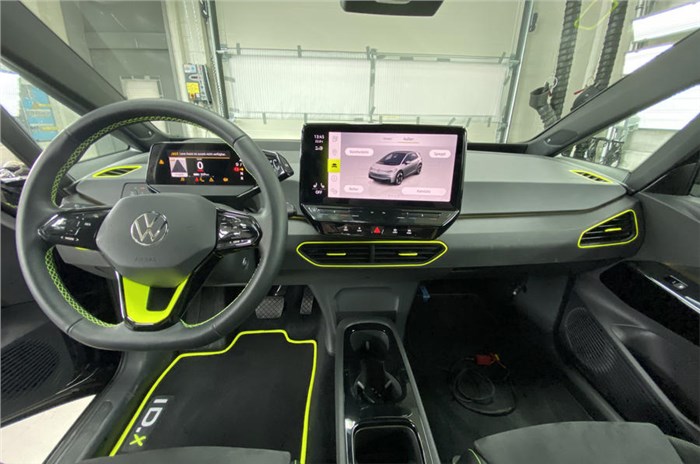 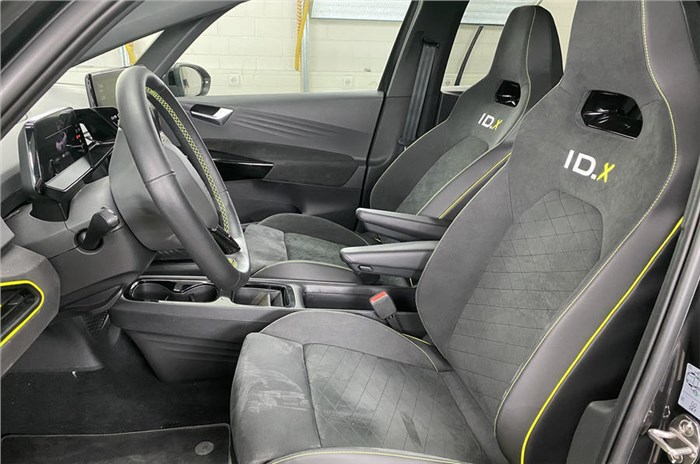 The new Volkswagen ID.X hot hatchback concept has been revealed by company CEO, Ralf Brandstätter, via his personal Linkedin account. Based on the ID.3 hatchback, the ID X concept gets more aggressive styling and uses a more powerful version of the ID.4 GTX’s all-wheel drive powertrain.

Looking over the images, the most notable cosmetic changes to the ID.X over the standard ID.3 is the grey-and-green livery and large-diameter alloy wheels wrapped in low-profile tyres. The headlamps too feature green highlights around the projector elements. Inside, the dashboard is in line with the stock ID.3 but gets green highlights around the AC vents and steering. The seats – sports seat replace the standard ID.3 seats up front - are finished in alcantara with green stitching and piping.

More notable, according to the details revealed by Brandstätter, is the significant performance upgrade that it promises over all variants of the ID.3. Outright power is pegged at 334hp, which is not only 130hp more than the most powerful variant currently on sale but also 27hp more than even the hot GTX version of the larger ID.4 SUV.

The ID X packs a version of the ID.4 GTX's four-wheel drive system, whereas current ID.3 models are rear-driven only. It had been thought that this system couldn't be accommodated by the ID.3's standard-length MEB architecture, and it's not clear whether this concept makes any compromises on seating or storage capacity to make room for the bulkier underpinnings.

The concept is said to weigh 200kg less than the standard ID.3, although details of how that weight loss was attained haven't been given.

Following a test drive in the concept, Brandstätter revealed that it will hit 62mph from rest in 5.3sec and is equipped with a dedicated Drift mode - as featured on the brand's new Golf R hot hatch.

Brandstätter has said that while the ID.X isn't destined for production, Volkswagen will "take up many ideas" from the project. He said, it was created because the engineers who worked on the ID.4 GTX "have discovered the fun of developing high-performance electric cars, and so we just let them do it".

As per a previous report, Volkswagen's R division is developing a plan for a full-bore, R-badged version of the ID.3 as its first EV, which is expected to hit the market in 2024.

Development boss, Frank Welsch, previously told our sister publication, Autocar UK, that while the ID.3 can accommodate a four-wheel drive system, it's unlikely to do so "during the first generation". A substantial power boost and two driven axles, he said, are prerequisites for any R model.

Moving to the Indian market, Volkswagen is currently gearing towards the launch of its all-new mid-size SUV, the Taigun, in the coming months. Also on the cards is an all-new mid-size sedan to replace the ageing Vento along with the launch of the facelifted 5-seat Tiguan SUV. Moving to the carmaker’s electric car range, VW is expected to bring the ID.4 SUV to India as its first ID model in 2022.