The GTX name will be used on the performance versions of Volkswagen’s electric ID cars; production-spec ID Crozz to be part of this range. 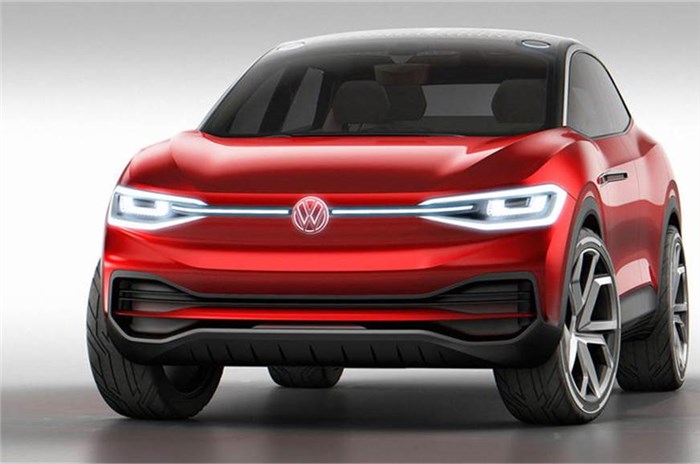 The Volkswagen ID Crozz Concept has been used for representational purposes.

Volkswagen is set to use the GTX name on a range of electric-powered ID performance models, as confirmed by our sister publication, Autocar UK, via high-ranking sources at the German carmaker.

The new nomenclature has already been trademarked by Volkswagen and been chosen for a number of ID models, including a production version of the ID Crozz coupé, which is likely to take the name ID 5 GTX in its most powerful guise.

The GTX title follows tradition at Volkswagen, which also uses the GTI, GTD and GTE names on the performance-oriented petrol, diesel and plug-in hybrid models, respectively.

Volkswagen won’t confirm when the first GTX model is planned for launch, though Autocar UK has been told that development of a performance version of the ID 5 is ongoing at the company’s Braunschweig R&D centre in Germany; likely to be unveiled by early 2021.

As with existing GTI, GTD and GTE models, the GTX range will be differentiated from their standard ID siblings by a number of exterior and interior styling upgrades that aim to provide them with a more sporting flavour.

Further changes will be focused on electric drivelines. The 'X' in the GTX name is claimed to denote four-wheel drive, suggesting upcoming performance-oriented ID models could use a twin-motor set-up – one motor powering the front wheels and a second, the rear wheels.

The fastest ID powertrain currently detailed is the 204hp version of the ID 3. Given that it makes its power from one rear-mounted motor, the GTX version should gain a significant boost.

Although new to Volkswagen, the GTX name has been used regularly by General Motors and its subsidiaries, mainly on futuristic concept cars. Volkswagen is also considering a hotter range of ID models under its R Performance arm.

Volkswagen has not yet revealed any plans to introduce models from its ID family in the Indian market, though the carmaker is set to introduce a host of new products in the years ahead. As part of the company’s India 2.0 plan, the German automaker is set to launch an all-new SUV (based on an India-specific iteration of the MQB A0 platform) to rival the likes of the Hyundai Creta and Kia Seltos. A replacement for the ageing Vento is also expected to be introduced in India, underpinned by the same platform. VW is also set to import the smaller T-Roc SUV and a seven-seat derivative of the Tiguan – the Tiguan AllSpace.

Up to Rs 3.60 lakh on Volkswagen Tiguan, Vento, Polo, Ameo