Polo-based crossover is due for launch in mid-2020 in the Brazilian market. 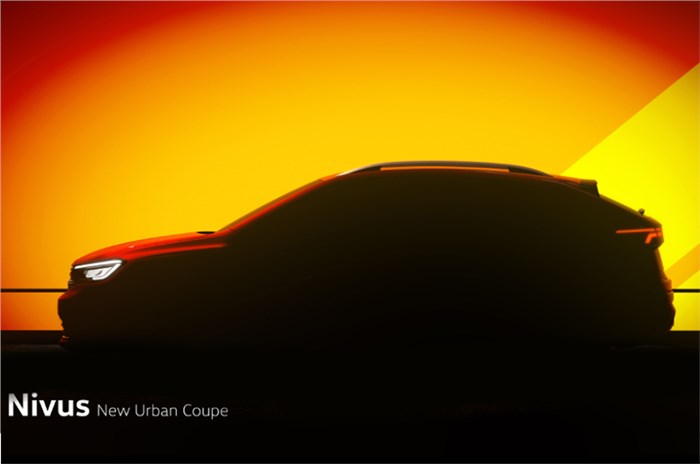 Volkswagen has released a teaser image of its upcoming Polo-based compact SUV. To be named 'Nivus', the model was earlier known as the T-Sport and is positioned below the T-Cross in VW's SUV line-up.

Along with the image, Volkswagen also released a teaser video that gave away a few design details of the Nivus. The crossover will have a sporty, coupé-like, sloping roofline and a unique front-end design to differentiate it from the Polo and the T-Cross. At the back, the Nivus gets LED tail-lights that extend into the tailgate.

The Nivus will be based on the VW Group’s MQB A0 platform for emerging markets. The MQB A0 also underpins the new-gen Polo that’s on sale internationally. The compact SUV will have the same 2,560mm wheelbase as the Polo, which means it is 90mm shorter than the T-Cross. The VW Nivus is expected to use a 115hp, 1.0 TSI turbo-petrol engine which can be had with either a 6-speed manual or automatic gearbox.

Volkswagen is set to launch the Nivus in the Brazilian market by mid-2020. While there is no confirmation of its India launch, the carmaker will unveil the mid-size T-Cross SUV based on an India-specific version of the MQB platform, dubbed MQB A0 IN. The model will be revealed at Auto Expo 2020, with the launch likely to take place by the end of 2020.

Discounts of up to Rs 2.60 lakh on Volkswagen Vento, Tiguan, Ameo, Polo