Volkswagen Amarok EV to come by 2025

Volkswagen has teamed up with Ford to create the electric version of the second-gen Amarok. 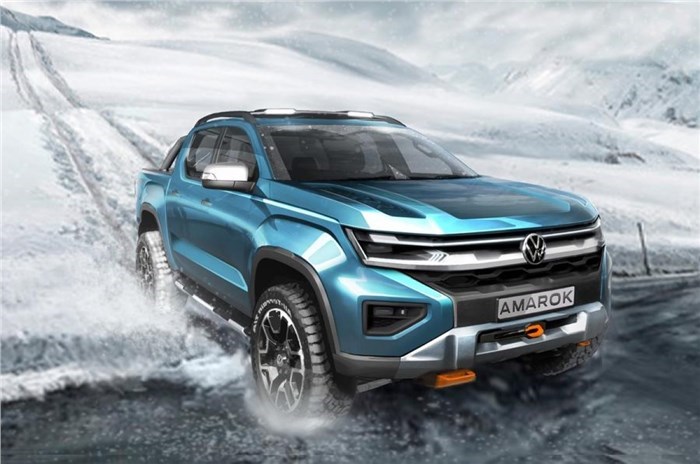 Official sources suggest that Volkswagen has begun engineering the new electric version of its second-gen Amarok pick-up truck. Tipped for launch by 2025, the brand is focusing on building an EV instead of a hybrid version of the same.

Via its Global Alliance partnership with Ford, Volkswagen has begun work on creating an electric-only version of the Amarok. As reported earlier, the pick-up truck from VW will continue to use the same body-on-frame chassis as the fourth-gen Ford Ranger, which is set to get an electric version. However, official sources suggest that the new electric Amarok will not get a petrol-hybrid powertrain unlike the Ranger.

This decision has been carried out by the German brand in an effort to focus on extending the electric range. Volkswagen states that the Amarok’s Ford-developed chassis can accept the electric drivetrain and battery pack. The official production timeline of the EV pick-up truck has not been confirmed, although it's likely that it will be produced alongside the new Volkswagen ID Buzz at its manufacturing headquarters in Hanover, Germany.

As part of its India 2.0 strategy, the German automaker is gearing up to launch the new Virtus premium midsize sedan alongside the current Taigun SUV. With the T-Roc being sold out, VW currently offers the Tiguan in India. The automaker is also evaluating on introducing the ID.4 as its first EV in the market.