Volkswagen A0 SUV to be unveiled next month

Likely to be called the T-Cross, all-new SUV from VW will also be showcased at the Auto Expo 2020. 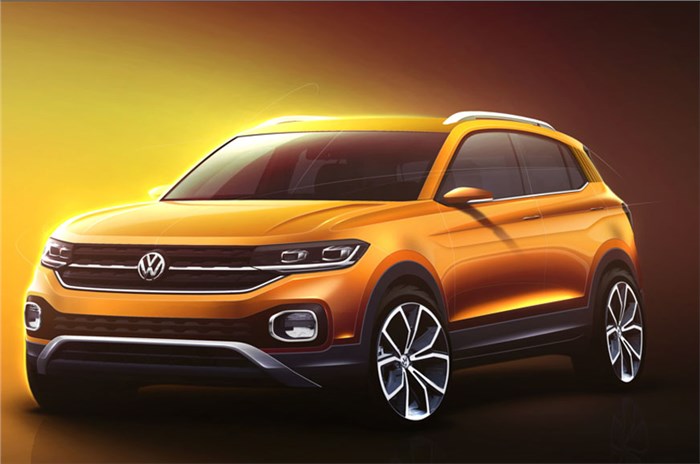 Volkswagen India has confirmed the world premier of its Creta-rivaling A0 SUV to take place early next month. The company will also showcase this SUV at the Auto Expo 2020 that starts from February 5 at New Delhi.

The Volkswagen A0 SUV is a close-to-production version of the brand’s Creta rival that will hit the showrooms around September 2021.  The model will be based the longer (and more affordable) version of the MQB A0 platform used in markets like South America and China. Volkswagen India will tweak the T-Cross for our country and build it on a modified-for-India version of the MQB platform, known as MQB A0 IN.

The T-Cross will get VW's family design and will be quite similar to the model sold abroad, albeit with some country-specific styling tweaks like more chrome especially on the grille and the front bumper area which could mean the SUV here may resemble the one already on sale in China.

The India-bound Volkswagen A0 SUV’s 2,651mm wheelbase is a substantial 90-100mm longer than the European-spec T-Cross. This means that it will also have longer doors and a more spacious cabin. Volkswagen will liberate the all the extra space between the wheels so that the rear passengers benefit from more legroom. It will feature plush interiors with colour-coded bits and a long list of features.

For India, the SUV will get a higher 205mm ground clearance to help it deal better with Indian roads and also to give it a proper SUV stance. The axle and suspension setup for the India-bound model will be different too, and will be tweaked to suit Indian driving conditions.

A 130hp, 1.5-litre EVO TSI petrol will power the Volkswagen A0 SUV. No diesel engine shall be on offer. Volkswagen, though, is likely to introduce a CNG powered model for the T-Cross in the market.

The A0 SUV will be a sister product to Skoda's SUV (likely to be called the Kamiq) in India, which will be built on the MQB AO IN platform too. The Skoda Kamiq will share some interior bits and body panels with the T-Cross and will launch in India first. Skoda will also showcase a pre-production version of the Kamiq SUV at Auto Expo 2020.

Key rivals to the VW T-Cross and Skoda Kamiq will be the Kia Seltos, the next-gen Hyundai Creta (also to be unveiled at the Auto Expo 220), Tata Harrier, MG Hector, Renault Captur and the Nissan Kicks to name a few.