India-bound Skoda compact SUV and electric city car are likely to be the first recipients of the new design language. 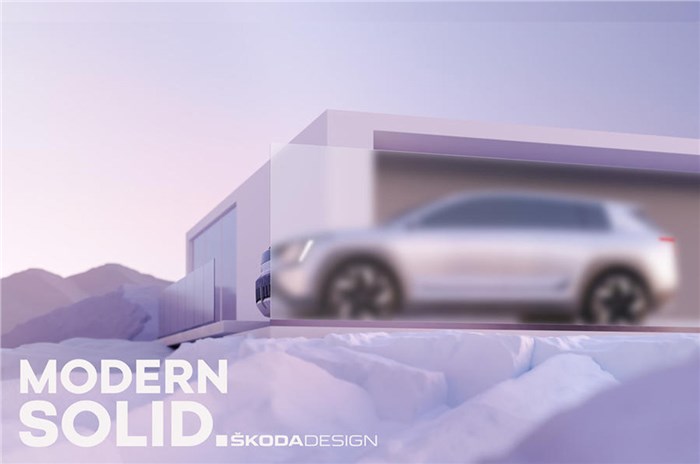 Skoda is readying an all-new design language for its upcoming cars and SUVs that will also include electric vehicles. A first model based on the new Modern Solid design language will debut later this year.

The announcement was made at Skoda's annual press conference. Details of it have yet to be disclosed, but Skoda confirmed it will first be seen on its electric models.

Skoda Modern Solid design language: what do we know so far?

The Czech carmaker described the decision as “the most dramatic change for Skoda since joining the Volkswagen Group”. The overhaul will include a new brand design, vehicle design language, model range and product positioning ethos.

Skoda CEO Thomas Schafer suggested the new design language was a response to changing customer lifestyles. “We are taking a big leap this year to make the brand even more modern,” said Schafer. “Our customers’ requirements are changing rapidly. We want to align ourselves more closely with our customers’ lifestyles. In doing so, we are guided by our corporate vision and will help the world live smarter. I can assure you: there will be a real ‘wow’ moment – both for our customers and for our competition.”

Schafer, who leaves Skoda at the end of March to lead the Volkswagen brand, suggested that devising the new design language was one of his biggest achievements as CEO. He said that Modern Solid would uplift Skoda and reflect “the strong proud Czech brand that it is”.

The new design language will form part of Skoda’s decade of transformation, which also includes the three new electric vehicles that will sit below the Skoda Enyaq iV and a production capacity increase of 1,50,000 vehicles.

Among the new arrivals will be a Skoda Superb successor, a city SUV and a potential all-electric Octavia.

Skoda has also confirmed that it is evaluating the entry-level electric city car for the Indian market as well.  While the all-electric city car from Skoda could still be some time away, the brand has begun work on an all-new compact SUV for India under its India 2.5 plan. This new SUV will go in series production by January 2025.