Expected to go into production by January 2025, Skoda’s new sub-four-metre SUV will be based on the heavily localised MQB A0 IN platform. 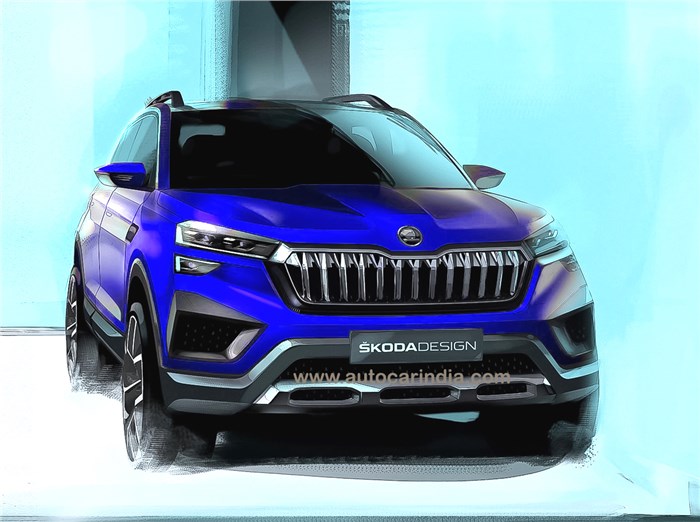 Czech carmaker Skoda is preparing to enter the hotly contested compact-SUV market in India. Skoda Auto’s chief executive Thomas Schaefer has confirmed that the brand’s next product based on the MQB A0 IN platform will be a sub-four-metre vehicle, which will be made in India and also be exported overseas.

As we reported in November last year, this new compact SUV will be the first product for Skoda under the new India 2.5 plan. Sources tell us that this SUV is expected to start production by January 2025.

Skoda compact SUV to be part of India 2.5 project

As part of the Volkswagen India 2.0 revival project – of which Skoda was put in charge – the company adapted and localised the group's MQB-A0 platform, dubbed it the MQB A0 IN and built the Taigun and Kushaq SUVs, as well as the Slavia and Virtus sedans with it.

Skoda also indicated that it was actively studying additional models on the platform under what was known as the India 2.5 project, though Schaefer called it a ‘working title’ and said that as far as the product – a sub-4m SUV – was concerned, things were not clear, and ‘homework still has to be done’.

Now though it appears the homework is complete, with Schaefer telling Autocar India, “We now have a good plan and will see where this goes.” What’s also interesting is that the all-new Skoda compact SUV will be a global model, as besides taking charge of the group's India operations, Skoda Auto also took over further development of the MQB A0's global development.

He continued, “By working together with our other regions like South America, Africa, Russia and India, it will be the scale we need to get out of the platform to make it feasible in the sub-4m segment. It’s on the cards, the team is almost there. We need more localisation, but as usual we will bring this home. The MQB A0 IN platform is ready for this.”

While not much is being spoken about the product, Schaffer says he wants the new SUV to appeal to customers in international markets too, where the sub-4m rule is not applicable. “The sub-4m segment is very specific for India. Thus, we would like to have a car that looks so good, while also is sub-4m, that we can use it for exports. I have challenged our team to do exactly this and not only make it shorter to fit the rules, but make it to be something for exports as well,” he added.

India to play a significant role for export markets

India will naturally play a big role in this project and Schafer is actively pursuing this agenda. “Besides being a significant player in the domestic market, India can play a strong role with exports in other markets, including Mexico and Africa. We can also use India as a base for South East Asia. There are plenty of opportunities and India needs to play a bigger role. I want India to take its rightful place in the group and we have to make it happen,” he said.

With the project only just gaining clarity, there is still time before the SUV hits showroom floors, but our sources tell us this should be sometime early in 2025.