While powertrain and other major mechanicals will be the same, the future shared products will have more differentiation, including the interiors. 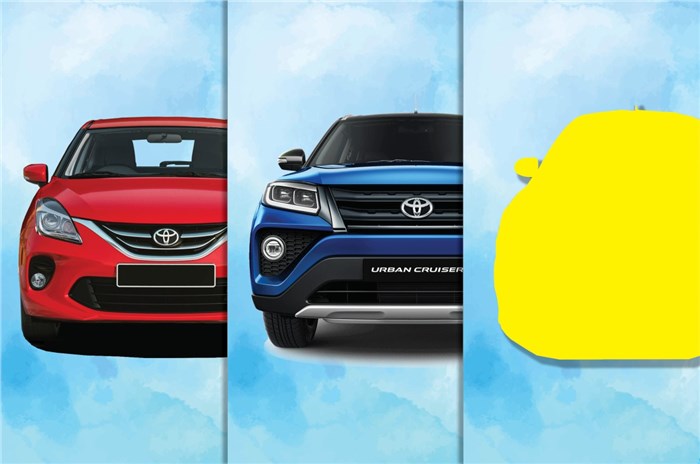 Toyota and Maruti Suzuki kicked off their product sharing partnership with the launch of the Glanza in June last year. The hatchback was quite simply a rebadged Baleno, with no differentiation even to ‘soft parts’ like the bumpers or lights.

With their second product – the Maruti’s Brezza-based Urban Cruiser – the two partners have taken a step further, with the Toyota getting a new bumper and grille. Interestingly, while these changes are still quite limited, they are significant in bringing the Urban Cruiser SUV more into the Toyota family look. Toyota says that its upcoming products will offer even further differentiation.

Speaking to Autocar India at the launch of the Urban Cruiser, Naveen Soni, senior vice president, sales and service, Toyota Kirloskar Motor, said, “If you extrapolate the journey from the Glanza to the Urban Cruiser, you will see that this is moving in a particular direction, and thereon this will be the key differentiator.”

While alluding to the fact that changes to the powertrain and other major mechanicals may not be on the agenda just yet, Soni did indicate the shared products will have “more and more differentiation from each other so that consumers who are experiencing the product, get a feel that they are getting a differentiated product.”

What the new shared products will be is yet to be announced, but we understand that the planned sharing of the next-gen Corolla stands cancelled. It’s likely that the next shared product will be an MPV that will sit below the Toyota Innova.