Codenamed 740B, this all-new SUV will sit below the RAV4 and above the recently unveiled Yaris Cross in Toyota’s international line-up. 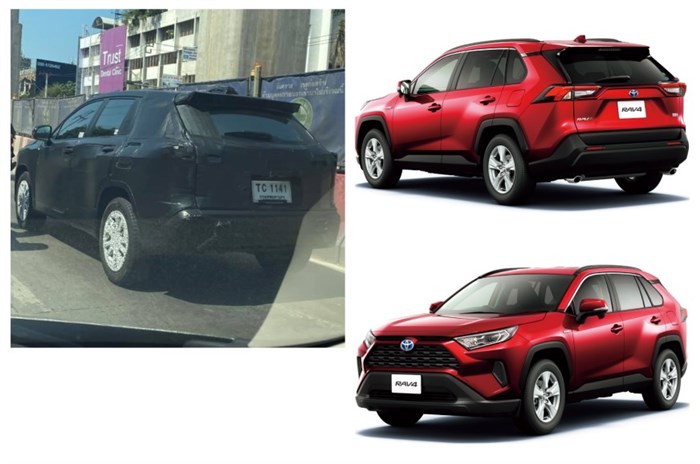 Soon after Toyota officially took the wraps off the Yaris Cross SUV for global markets, now, a first spy shot of another SUV from the brand has surfaced online. This new SUV, internally codenamed as 740B, will be Toyota's answer to the popular Honda HR-V and will slot in between the RAV4 and new Yaris Cross in the company’s international line-up.

Likely to be called "Corolla Cross", this new vehicle - as the name suggests - will be an SUV-equivalent to the latest-gen Corolla sedan and will share its modular TNGA platform, along with a few interior bits as well. The Toyota Corolla Cross SUV is expected to be positioned as a more practical alternative to the stylish C-HR in Toyota's global line-up. While the test mule looks quite similar to the RAV4, the production-spec version will have simplified and more conservative styling, with a mix of design cues from the RAV4 as well as the new Yaris Cross. Sources tell us that this will most likely be a low-cost version of the RAV4 for emerging markets and Australia - in the latter, the RAV4 is considered quite a bit more premium (read expensive) than its competition.

Engine options will include a 1.8-litre petrol unit and a 2.0-litre flex-fuel option - both these engines will be borrowed from the Corolla sedan. Expect more details on the new Toyota 740B SUV to surface in the near future with a world premiere expected to take place later this year or early next year.

Closer to home, the Japanese automaker will introduce its first compact SUV for India, the Toyota Urban Cruiser, later this year. This new sub-four-metre SUV will be based on the popular Maruti Suzuki Vitara Brezza.