Tata Motors’ design chief, Pratap Bose, was also among the five finalists for this year’s award. 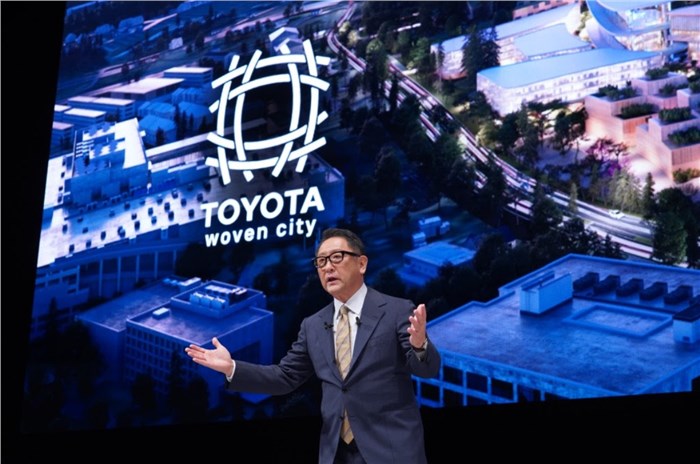 The 2021 World Car Person of the Year award has been conferred on Akio Toyoda, President and CEO, Toyota Motor Corporation. The Japanese stalwart was nominated to the top honour by a group of ninety-three automotive journalists for the World Car Awards, of which Hormazd Sorabjee, Editor, Autocar India, and Renuka Kirpalani, Executive Editor, The Autocar Show, are also a part.

Despite the COVID-19 pandemic, Toyota not only took back the title of the world’s top selling automaker in 2020 from VW, but also remained profitable under Toyoda’s leadership. The company chief has also pushed for the development of connected, autonomous, shared and electric (CASE) vehicles. Furthermore, he announced a Toyota project in 2020 to build a prototype ‘city of the future’, called the Woven City, in Japan, which will be used to develop and test technologies. Additionally, Toyoda remains an avid motorsport driver himself, highlighting his love for automobiles.

On receiving the award, he said, “On behalf of all 3,60,000 Toyota Team members around the world, thank you for this tremendous honour!  If you don’t mind, however, I would like to change this award from car “person” of the year, to car “people” of the year, because it’s the collective effort of all our global employees, retailers and suppliers that has truly made Toyota what it is today!  And I, for one, couldn’t be a luckier, or a more grateful CEO.”

He added, “At Toyota, we are very fortunate that we were able to protect the employment of our team members during COVID, and to continue our work to meet the future challenges of our industry.  As a company, we are dedicated to providing mobility for all, but we are equally committed to creating new ways to support the well-being of our planet and people everywhere.”

Pratap Bose, Vice President, Global Design, Tata Motors, was also one of the five finalists for the prestigious World Car Person of the Year title. His nomination not only represents his significant contribution while at the helm of Tata’s design vertical, but also shows how far the Indian automotive industry has come over the years.

A graduate from the National Institute of Design, India and the Royal College of Art, UK, Bose has worked at key companies like Piaggio (in Italy), Mitsubishi Motors (in Japan) and Mercedes-Benz (in Japan). He joined Tata Motors in 2007 and was appointed as the company’s Head of Design in 2011.

He was elevated to his current role in 2019, and has been heading Tata’s design centres in India, Italy and the UK ever since. He is credited with the automaker’s renewed drive for standout designs, which reflect in its portfolio, ranging from the Tiago hatchback, all the way to the Tata Safari.

World Car Person of the Year: A brief insight

First introduced back in 2018, the prestigious title is awarded to a key figure, from the automotive world, who has made significant contributions during the year. In addition to Toyoda and Bose, the other nominees from this year included Eui-sun Chung, Chairman, Hyundai Motor Group, Luc Donckerwolke, Chief Creative Officer, Hyundai Motor Group, and Tomiko Takeuchi, Program Manager, MX-30, Mazda Motor Corporation.

In the past, the World Car Person of the Year has been awarded to Carlos Tavares, CEO, PSA Group (2020), the late Sergio Marchionne, CEO, FCA; Chairman, CNH Industrial; and Chairman and CEO, Ferrari (2019), and Håkan Samuelsson, President and CEO, Volvo Car Group (2018).

The title is one of six awards given out each year by the World Car Awards (WCA), which was inaugurated in 2003 and launched in January 2004. The top three finalists for rest of the five WCA categories for 2021, including the World Car of the Year, have been announced as well, and the winners will be revealed on April 20. So stay tuned!