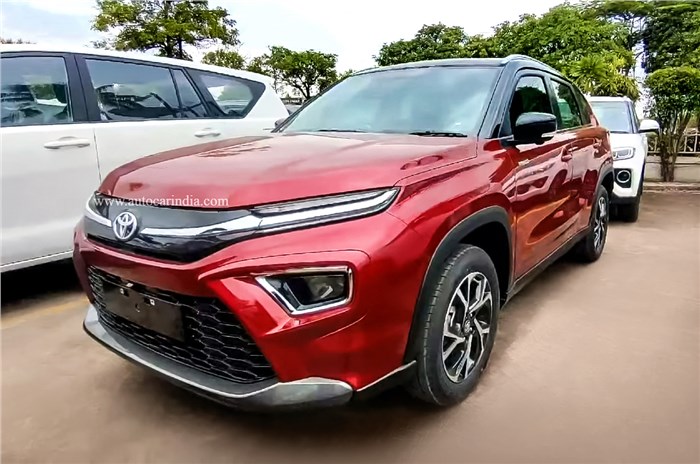 Update: Prices for the remaining variants of the Hyryder will be announced on September 28, 2022.

The price announcement for the Toyota Hyryder will come after Maruti Suzuki announces the Grand Vitara's prices on September 26.

Mild-hybrid variants of the Hyryder will be powered by Maruti Suzuki’s 1.5-litre K15C, which also powers the Brezza, XL6 and Ertiga. Dubbed ‘Neo Drive’, the motor produces 103hp and 137Nm of torque, and is paired with either a 5-speed manual or a 6-speed torque converter automatic gearbox.

The top-spec mild-hybrid variant with the manual gearbox will also be available with all-wheel drive (AWD) as an option. Derived from Suzuki’s AllGrip Select, the AWD system gets four modes – Auto, Sport, Snow and Lock – and hill-descent control. You can read about it in detail here.

While both, mild-hybrid and strong-hybrid, variants look nearly identical, the latter can be differentiated by the ‘Hybrid’ badges on the doors and tailgate. The dashboard on the Hyryder is similar in layout to other new models such as the Toyota Glanza and Maruti Suzuki Baleno, Brezza. Toyota has opted for an all-black interior theme for the mild-hybrid variants, while the strong-hybrid variants get a black and brown scheme.

Read more in detail about the variant and features break-up of the Hyryder here.