The updated model is touted to feature a stronger engine, more compliant ride and better connectivity, in addition to sharper styling. 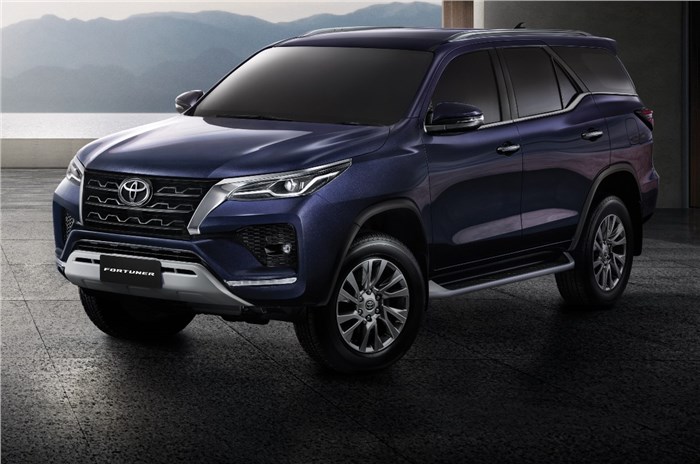 The Toyota Fortuner facelift has been launched in our market. Following in the footsteps of the refreshed model that made its global debut last year, the updated Fortuner for India promises to pack in key improvements to bolster customer appeal. Speaking to Autocar India about the technical aspects of the 2021 model, Yoshiki Konishi, chief engineer, Toyota Motor Corporation, said, “In response to various customer needs, we have improved comfort and convenience to maximise satisfaction.” He added, “Increase in power and torque, and improved connectivity are the key changes.” As such, the Fortuner facelift not only debuts with cosmetic updates, but also noteworthy changes under the skin.

The Fortuner’s design has evolved with the latest model, bringing in a more contemporary look. “We just focused on providing distinctiveness. For instance, we have changed the headlamps to a sharper design, incorporating LED light guides. We have also provided a chrome metallic finish (to the front grille),” explained Konishi.

While “there is no change in terms of the tyre size”, the facelift does boast of a snazzier set of 18-inch alloys. And though the Fortuner holds on to its chunky profile, these “stylish changes” help in giving it a sharper stance.

On the inside, the major highlight is the enhanced connectivity. “Connectivity features are very important for the updated Fortuner,” said the product head. The latest model features a large, 8.0-inch touchscreen, replete with Apple CarPlay and Android Auto compatibility, which is a step forward compared to the outgoing SUV’s 7.0-inch infotainment system that lacked basic connectivity support.

The Fortuner facelift continues with its predecessor’s 2.8-litre, four-cylinder, turbo-diesel engine. And while the pre-facelift SUV had enough tractability and low-end grunt, Toyota has decided to boost the power output further. “There is a power improvement from the previous vehicle’s 177hp to 204hp on the updated model. Similarly, we have improved the torque as well, from the current 450Nm to 500Nm. More torque improves the driving,” said Konishi.

Providing further insight into the powertrain changes, he said, “We have upgraded the turbo size and also changed the turbo axis selector – we’re now using the ball bearing type.” Toyota has upped the compression ratio as well and “introduced a new cylinder head to realise the high power. These key points have improved the output of the engine.” Additionally, the product head mentioned that the transmission has been tweaked to improve the drive experience.

As before, Toyota is providing customers the choice between two-wheel drive and four-wheel drive variants. “My understanding is that we have various types of customers,” said Konishi. While some purchase the Fortuner with a greater expectation “for off road driving, others mainly drive on road. In that case, a 4x2 is easy to control. So to meet their expectations, we are introducing the 4x4, and also the 4x2, Fortuner.”

Toyota has also leveraged the facelift for enhancing ride comfort. Being a body-on-frame vehicle, the Fortuner packs in tough underpinnings, but that also translates to a lumpy, low-speed ride – something that the Japanese automaker claims to have remedied with the latest update.

“We have tuned the suspension to achieve more comfort for our customers,” mentioned Konishi. He elaborated that the suspension now gets a softer tuning with the “springs and bushes having been tuned specifically for the Indian market.”

The Fortuner has traditionally been the strongest performer on the sales charts in our market, when it comes to the full-size three-row SUV segment. The latest updates, then, should help the Toyota hold its own in the face of increased competition from the like of the MG Gloster, till the next-gen model arrives in the future.