Toyota displaces General Motors as US’ bestselling manufacturer in 2021

Japanese carmaker ends General Motor’s 90-year dominance in the US market; sells over 2.3 million vehicles in 2021. 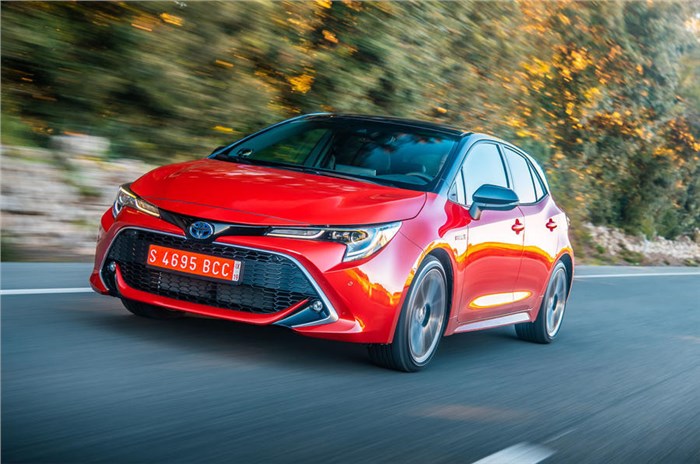 Toyota has become the bestselling car manufacturer in the US, ending General Motors’ 90-year domination of the market. The Japanese giant sold more than 2.3 million vehicles in the US market in 2021 – a 10 percent increase on the previous year and 1,00,000 more than GM, which had held the top spot in its home country since 1931.

Toyota’s success was led by the Corolla, sales of which increased by 5 percent, and the Camry, which rose 6.6 percent. However, its most popular car in the US, the RAV4, dropped in sales by 5 percent year on year.

Sales of GM vehicles dropped 13 percent, to 2.2 million, following a 43 percent drop in the final quarter, with the usually popular Chevrolet Silverado pick-up truck suffering a 30 percent drop in sales.

GM suggested that the global semiconductor crisis was to blame.

Toyota’s success is believed to be attributed to its global supply-chain preparation and stockpiling before shortages gripped the automotive industry.

The Japanese firm, which was the top-seller in the UK in September 2021, maintained its orders and supplies when COVID-19 initially hit, whereas other manufacturers cancelled or reduced their supplies.

Toyota says it will be difficult to maintain its position as number one in the US once supply-chain issues are resolved and expects competitors to regain ground.

“That is not our goal,” said Jack Hollis, senior vice-president of Toyota’s US sales division, on outselling GM.

“Being number one is never a focus or priority,” Hollis added on a conference call to reporters, but maintained that the brand was “grateful.”

Meanwhile, GM says it will bounce back after a year that was still healthy in terms of sales.

"I wouldn't rush out if I were [Toyota] and get a 'we're number one' tattoo," said GM spokesman Jim Cain.

GM will focus on profitability instead of outright sales numbers, following its departure from selling vehicles in Europe and Russia, where it's instead moving to mobility solutions.

Toyota’s plans for the Indian market

Shifting the focus to the Indian market, Toyota started off 2022 with a hike in prices across its model line-up, citing rising input costs. The carmaker is currently gearing up to launch the facelifted Camry and the Hilux pick-up. Toyota recently released a short teaser previewing the updated Camry, along with hinting at its imminent arrival. Meanwhile some dealers have started accepting unofficial bookings for the Hilux, with a launch also expected to take place soon.

Also expected to be on the cards are updated versions of the Urban Cruiser and Glanza, which are likely to arrive following the debut of the facelifted Vitara Brezza and Baleno in the coming months.

Toyota Fortuner prices hiked by up to Rs 1.10 lakh