This custom 5-door Suzuki Jimny is a one off creation

Students of the NATS institution in Japan showcased the custom Jimny at the 2022 Tokyo Auto Salon. 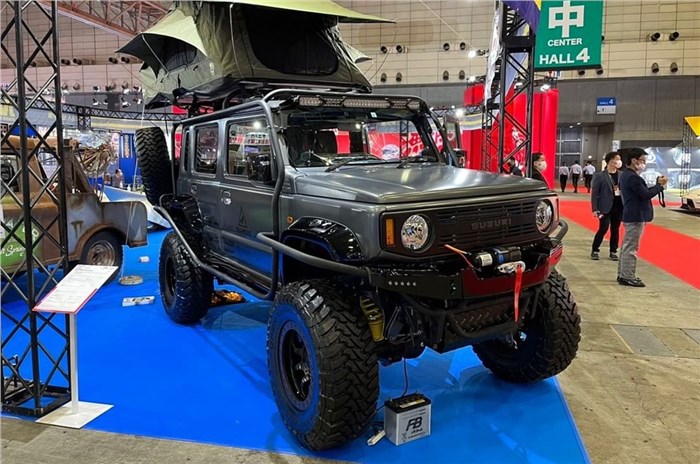 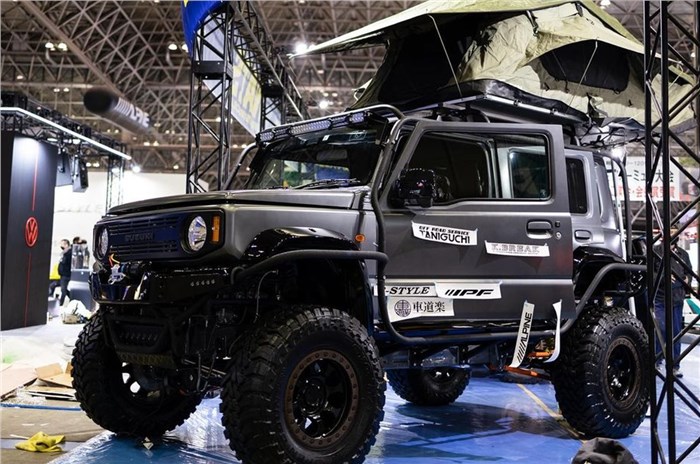 While the India-bound five-door Suzuki Jimny is still some time away, students of Japan’s Nihon Automotive Technology School (NATS) have created a custom, five-door variant of the stock three-door Jimny. The NATS Jimny is dubbed the “Kimun Kamui”, which translates to “Mountain God”, and it has just made its debut at the 2022 Tokyo Auto Salon.

Suzuki Jimny Kimun Kamui: what is it?

In order to create the Jimny Kimun Kamui, the NATS students used a 2019 Suzuki Jimny Sierra as the base car and extended its ladder frame chassis by 400mm. They also cut the SUVs body in half to fit the extra rear doors and install a tiny quarter window. As the front doors are stock, the fabricated rear doors look a bit small, but they do improve access to the rear seats. Also, thanks to the extended wheelbase, passengers in the rear get a generous amount of legroom. However, the boot is still the same size as the stock three-door Jimny.

Other than the five-door conversion, the NATS students also made a number of off-road-focused modifications to the Jimny. These include a new suspension set-up with a 6-inch body lift, 17-inch steel rims with Toyo off-road tyres, an off-road bumper with an integrated winch, wider fenders, a protective tubular frame around the bodywork, a roof-mounted light bar and a rooftop tent for camping.

Details on the interior modifications are scarce, but we know that the Kimun Kamui gets an aftermarket infotainment and audio system, additional gauges, leather seats and a black roofliner.

The students also upgraded the Jimny’s stock engine with a turbocharger, a new ECU tune and a blow-off valve. As a result, it now produces 124hp and 179Nm from its 1.5-litre petrol engine, which is significantly more than the stock model’s 102hp/138Nm.

Unfortunately, this 5-door version is just a one-off creation and won’t be put on sale.

Maruti Suzuki has confirmed the Jimny for the Indian market, with the SUV expected to be one of the five new Maruti Suzuki SUVs set to arrive in India over the next three years. While we are set to get a larger 5-door model, Maruti Suzuki could also offer the smaller 3-door version alongside it.

The 5-door Jimny for India is expected to remain under the 4m mark, at around 3.8m in length, and will be powered by the company’s 1.5-litre petrol engine that currently does duty in the Ciaz and Vitara Brezza.

Apart from the Jimny, Maruti Suzuki will also launch the updated Baleno hatchback by late February and the new Brezza SUV by April. Furthermore, in collaboration with Toyota, the carmaker will also introduce a Creta-rivalling midsize SUV, which will be based on Toyota’s DNGA platform and be manufactured at the carmaker’s facility in Bidadi, Karnataka.

Are you excited for the 5-door Jimny to arrive in India? Let us know in the comments below.