The brand is working on Jimny, two compact SUVs, a Creta rival and a mystery three-row premium SUV for India. 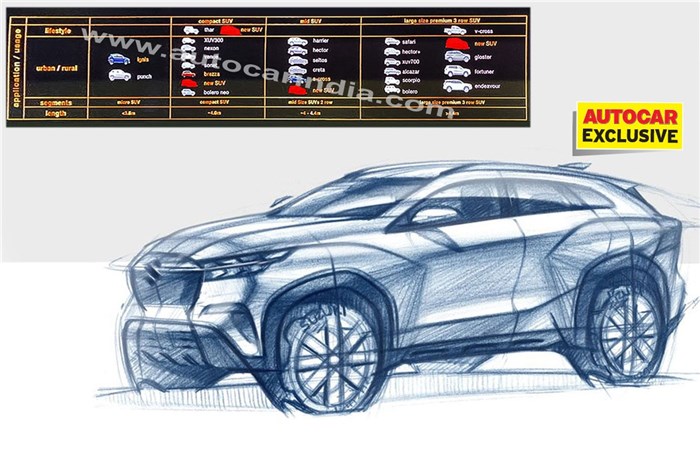 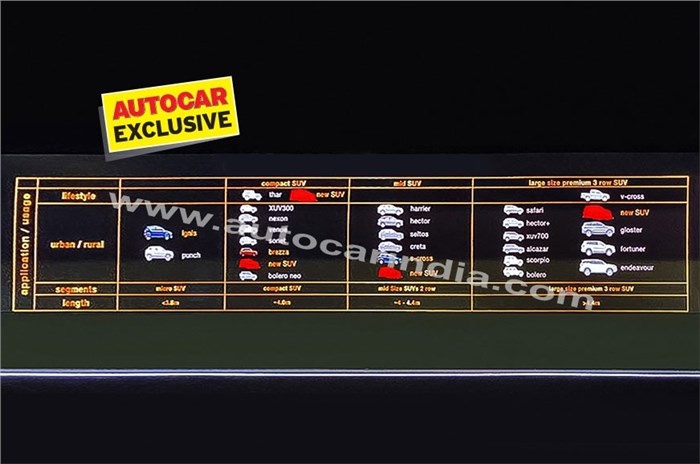 Maruti Suzuki is readying a mega SUV offensive for the Indian market. Set to launch in the next three years are nothing less than five new SUVs, some of which will be developed jointly with Toyota. The details were announced at the recently held dealer conference. While its line-up will see major updates to existing models, there’s a raft of all new models which the company hopes will win back lost market share, which currently has dropped to 43.50 percent.

One of the most anticipated SUVs from the Maruti stable, the Jimny has been finally greenlit for an India launch. As we reported almost two years ago, the Jimny for India will be a five-door model, based on a longer wheelbase and will be around 3.8 metres in length. While this puts the Jimny in the under-four-metre compact SUV category, its 1.5-litre petrol engine will not be eligible for the additional tax benefits. Maruti will position the Jimny as cheekier but practical alternative to the Thar. The company has also begun manufacturing right-hand drive versions of the three-door Jimny for export, and looking at the success of the Thar, it’s likely that this model could be launched in India too.

The 2022 Brezza will kick off Maruti Suzuki’s new model offensive. Slated for a market introduction in early 2022, the new Brezza will share it underpinnings with the outgoing car, but will get a new nose section and rear, as well as an all-new interior. Under the hood, the hybridised version of the 1.5-litre petrol is expected to improve efficiency levels. The new Brezza will be loaded with many upmarket features like a sunroof, larger infotainment screen, wireless charging and even a sim-based connectivity suite. Automatic versions will come with paddle shifters, among other features.

Along with the Brezza, there is another compact SUV in the works. This model will be positioned at the premium end of the compact SUV market and will take on more expensive versions of the Hyundai Venue and Kia Sonet. Expect this SUV to be based on Baleno’s Heartect platform and to have the same 1.5-litre petrol, but with a higher level of hybridisation. This crossover is likely to have a coupe-styled roof, a sportier stance and SUV-like cladding. Targeted at younger buyers, it is likely to be the sportiest of Maruti’s SUV and could be the production version of the Futuro-e SUV concept shown at the last Auto Expo in Delhi.

Touted to be the next-gen Vitara, this new SUV expects to be around 4.3 metres in length and based on Toyota and Daihatsu’s DNGA modular platform. In fact, the YFG is essentially a Toyota product and both the Toyota and Maruti Suzuki versions of this midsize SUV will be built at Toyota’s Bidadi plant in Karnataka. While the SUVs for each of the brands will share common underpinnings, they will have different top hats with distinctive styling. The mainstay of the range is likely to be a 1.5-litre petrol with a higher degree of electrification. There will be no diesel option.

An all-new SUV will be Maruti Suzuki’s flagship model that will sit right at the top of the SUV line-up.  There is little information on this mystery SUV, but industry sources speculate that it is an Alcazar rival that could be based on the Ertiga’s platform. It’s likely that this model could replace the XL6, whose quasi-SUV styling hasn’t found too many takers.

Apart from the above mentioned SUVs, Maruti Suzuki is also readying a heavily updated Baleno and an all-new Alto for our market, both models are also expected to hit the showrooms sometime next year.