Pegged as ‘an Indian car with global sensibilities’, the all-electric concept SUV-coupe hints at the design language on future Marutis. 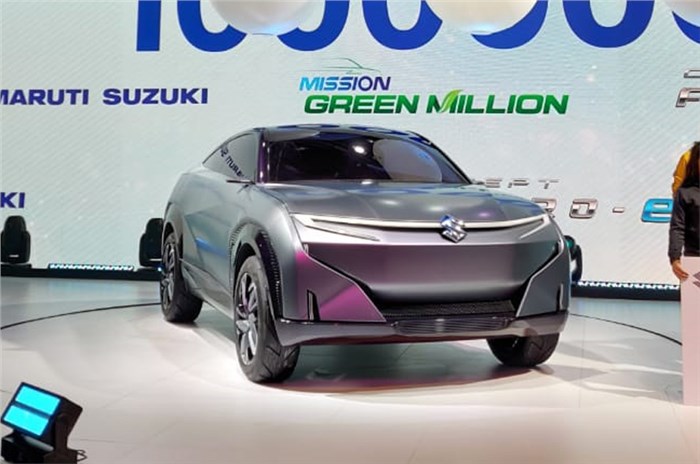 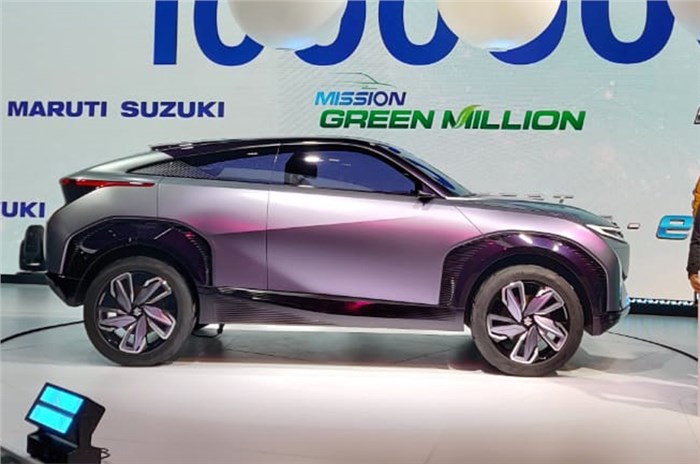 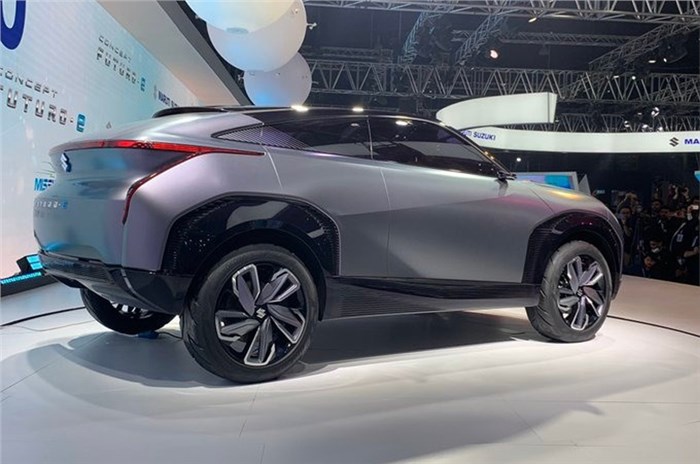 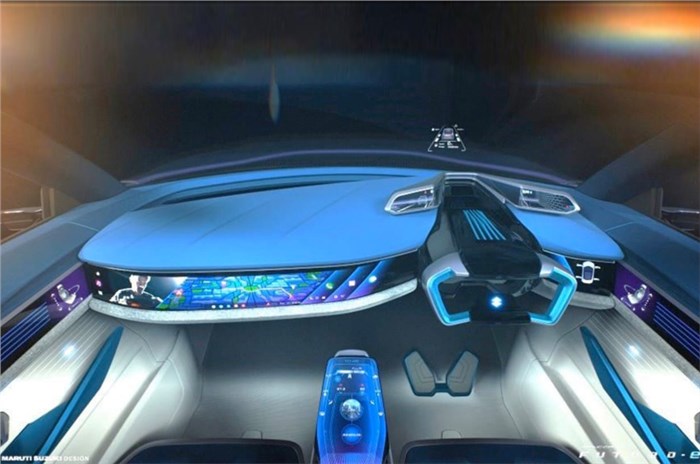 Auto Expo 2020 has got off to a flying start, with the unveiling of the Maruti Suzuki Futuro-e concept. Deemed a design study, the radical Futuro-e showcases the styling future Maruti models are likely to employ. Importantly, the Futuro-e is also a statement of intent from Maruti to enter the midsize SUV segment.

Designed by Maruti Suzuki’s design team, the Futuro-e is pegged as ‘an Indian car with global sensibilities’. Its SUV-coupe shape is unlike anything from Maruti thus far and also marks a break from the traditional upright form of typical midsize SUVs. The rake of the rear windscreen gives the Futuro-e a sporty silhouette, while the combination of a sharply cut glasshouse and thick C-pillar add some serious personality to the look. The tail-lights that extend far onto the bodywork are unique as well.

A high set bonnet and wide face give the Futuro-e the necessary bulk. It does look as radical as some concepts, but here too the arrangement of the lights and LED light signature is distinct from all Marutis. Other details of note are the concept’s typically large wheels, camera pods for mirrors and a sunroof.

The interior looks decidedly modern, with the dash getting a very wide screen display. Next to the futuristic steering are more displays for the driver and for interior controls, like adjusting the seat. Ambient lighting is also on offer.

As you might have guessed, the ‘e’ in Futuro-e is there to tell you this is an electric SUV concept. Maruti claims that the SUV-coupe concept is "future ready with a wide array of powertrain options like hybrid & pure EV". However, we can confirm that the production version will get a petrol engine and, given that most midsize SUVs will have a diesel engine in the BS6 era, a diesel is a possibility too. Maruti is evaluating bringing back the DDiS225 1.5-litre diesel engine and the midsize SUV could be one of the models to use the engine.

Maruti has not announced a timeline for when a Futuro-e-derived SUV will make production. However, when launched, the Maruti SUV will have its work cut out for it. Kia has taken the midsize SUV segment by storm and Hyundai is also set to bring out the second-generation Creta.

Maruti is known to play it safe with its designs so it will be interesting to see how many of the Futuro-e’s styling elements will be retained on the production version. Sharp styling, as seen on the Futuro-e, sure would help Maruti make the right impact in the competitive midsize SUV space.