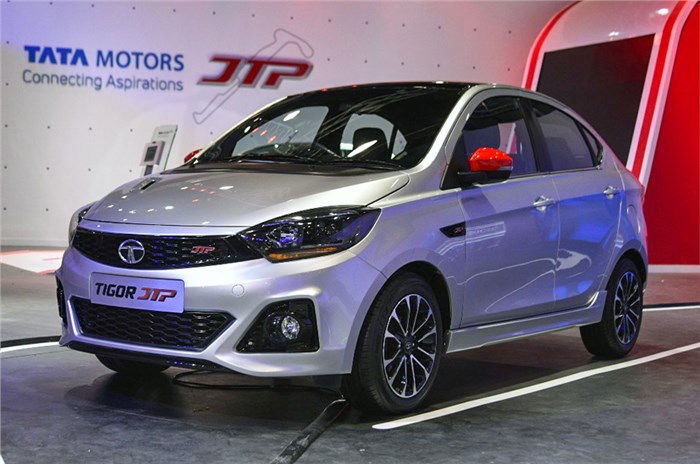 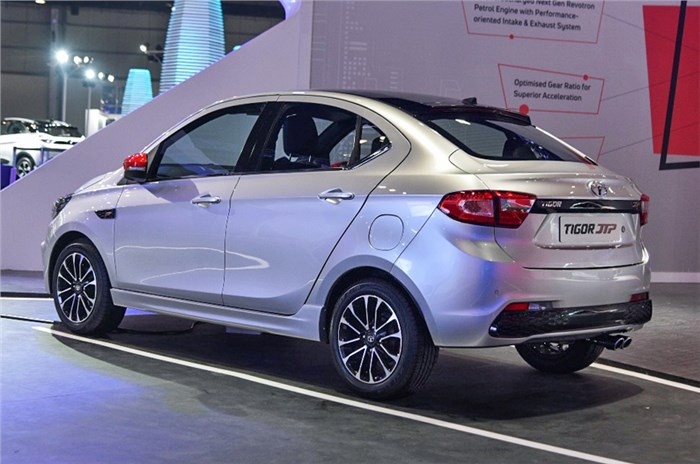 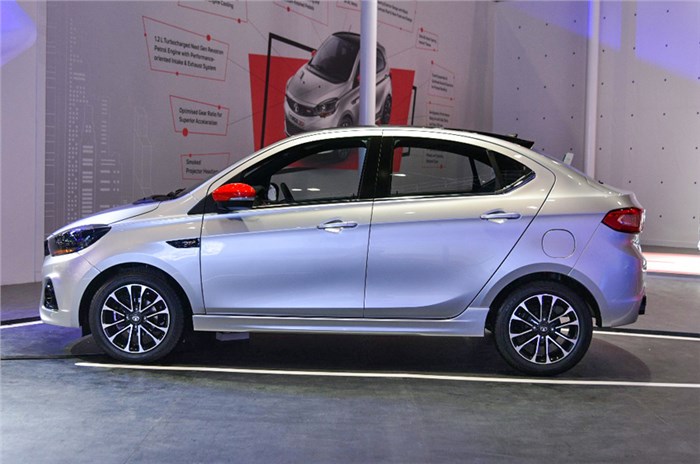 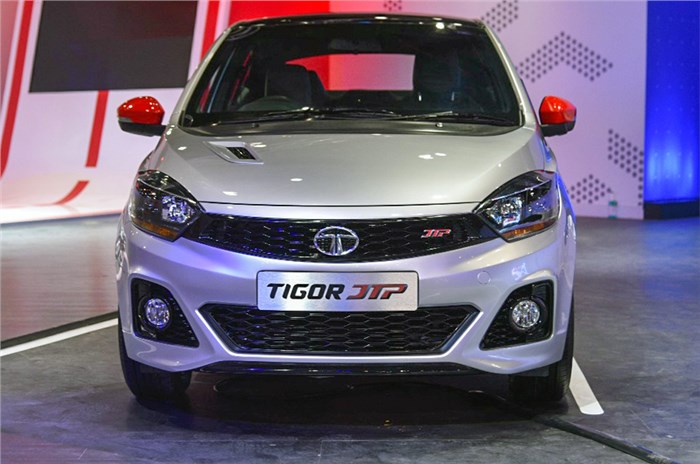 Souped-up Tiago and Tigor get 1.2-litre turbo-petrol engine and revised suspension as part of performance upgrades.

The performance-oriented versions of the two cars have been developed by Tata Motors in partnership with Jayem Auto and will carry the ‘JTP’ suffix, perhaps to signify ‘Jayem Tata Performance’. Both models make use of the 1.2-litre, three-cylinder turbo-petrol engine from the Nexon, with the intake and exhaust systems tweaked for performance. The 1.2 turbo-petrol engine’s power and torque figures of 110hp and 150Nm give the JTPs a significant power advantage over the standard model’s 1.2-litre naturally aspirated petrol units. In the interest of improving acceleration, Tata Motors has also optimised the gear ratios on the car’s standard five-speed manual gearboxes, though no performance numbers have been announced as yet. Handling has also been given due emphasis in the transformation process with the JTPs running specially reworked suspensions. The cars feature lowered springs, and a slightly reduced ride height which has also given the cars a more purposeful stance.

Lowered ride height aside, there’s plenty else to distinguish the JTPs from the everyday versions of their donor cars. The front bumpers sport a large air dam, there are exaggerated housings for the fog lamps (with the elements further embellished with contrasting red detailing), while the bonnet and fenders also feature air vents. Smoked projector headlamps, side skirts and a rear diffuser are other visual updates that seriously enhance the look of the sportier Tiago and Tigor. Stylish diamond cut alloy wheels complete the look but, perhaps, in the interest of maintaining a comfortable ride, Tata has capped rim size at a modest 15 inches. The JTPs continue to use a front discs and rear drum brake setup.

The cars’ cabins get a makeover of their own with an all-black theme, rich leather finish on the seats and steering (with funky red contrast stitching) as well as aluminium pedals. Tata has also upgraded the infotainment system to a touchscreen unit that works in conjunction with an eight-speaker setup from Harman.

Tata wants to inject emotion into its range and appeal to driving enthusiasts, and by the look of things, the Tiago JTP and Tigor JTP could be the vehicles for the job. Tata Motors has not announced a time frame for the launch, but be rest assured, the JTPs are headed to market soon. Watch this space.