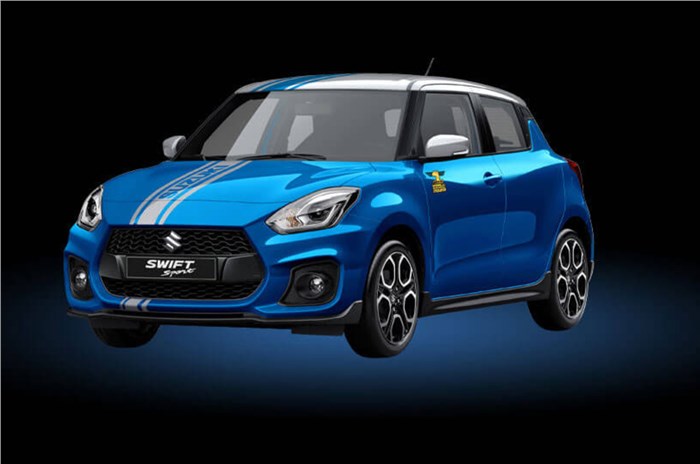 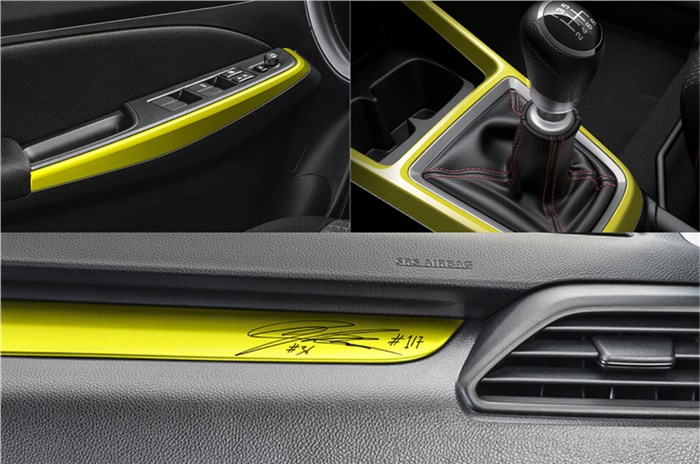 On the inside, there’s neon detailing on the dashboard, door cards and around the gear lever. Every Swift Sport World Champion Edition also sports an autograph by 2020 MotoGP world champion Joan Mir on the dashboard.

Powering the Swift Sport World Champion Edition is a 1.4-litre, four-cylinder turbo-petrol engine putting out 127hp and 235Nm. The Swift Sport also has a 48V hybrid system that produces an additional 13hp. Power is sent to the front wheels via a 6-speed manual gearbox.

While it’s unlikely that the Swift Sport will be brought down to India, Maruti Suzuki is currently gearing up to launch the Swift facelift in the country. Along with cosmetic updates, the Swift facelift will also gain a new 90hp, 1.2-litre DualJet petrol engine.

Up to Rs 52,000 off on Maruti Suzuki S-presso and Dzire this month