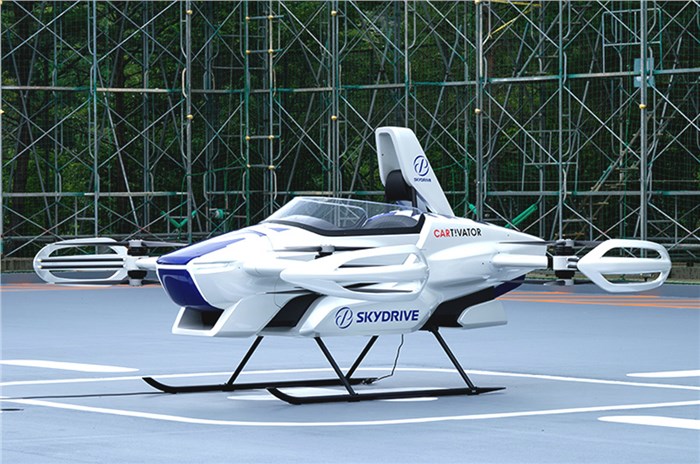 Suzuki and SkyDrive on Tuesday announced a partnership for research and development of flying cars.

Japanese company SkyDrive has been developing flying cars and cargo drones since 2018. Skydrive says its cargo drones are already in service at various worksites in Japan, especially in the mountainous areas. Currently, the company is developing a compact, two-seat electric flying car and is aiming for full-scale production.

Suzuki and SkyDrive: what to expect from the partnership?

SkyDrive is looking to commence air taxi service during the 2025 World Expo in Osaka, Japan. The company said it is also hoping to start this service in other Japanese cities.

Coming to their partnership, SkyDrive and Suzuki said they will collaborate in business and technology, and develop new markets, with an initial focus on India. The two parties are yet to disclose details on investments in the collaboration, product timelines or targets.

With this alliance, Suzuki is preparing to enter into its fourth mobility business of flying cars, along with making automobiles, motorbikes and outdoor motors.

While flying cars may not be a reality in India anytime soon, Suzuki recently announced that it is investing Rs 10,440 crore for development of electric vehicles and EV batteries in India. It is also working with Toyota on an all-electric midsize SUV, slated for launch in January 2025. Designed for India and other global markets, the EV will be based on an all-electric platform, co-developed by a consortium of seven Japanese carmakers and suppliers.