The ‘extreme’ off-road concept will make its public debut at the 2019 Tokyo Auto Salon. 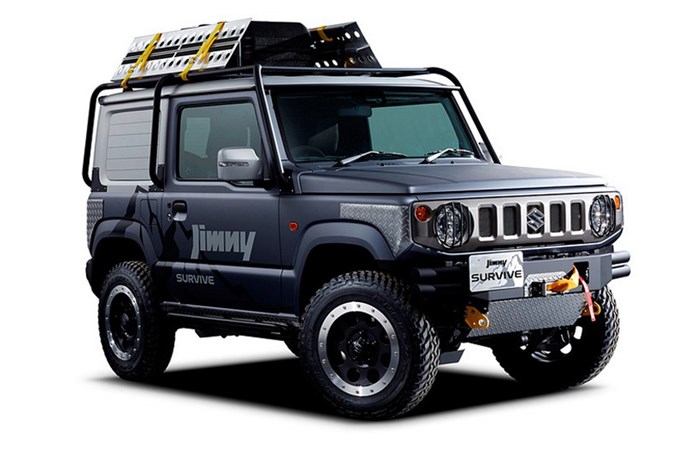 Suzuki has revealed a new off-road concept based on the current Jimny, which will be brought to the 2019 Tokyo Auto Salon that is set to begin on January 11.

Said to be designed to operate in “extreme conditions”, the Jimny Survive has metal plates on all four corners, a winch mounted on the front bumper, roll-cages bolted on the outside, headlamp covers, a metal plate under the front bumper to protect the engine and under pinnings from flying rocks and knobby off-roading tyres. The concept car also features a metal roof box and a new matt paint scheme on the outside.

The concept’s technical details, equipment list and cabin features will be revealed during the show. However, Suzuki has not announced any plans to put it into production yet.

The Japan-spec SUV comes in two variations – the Kei car-spec Jimny with a 660cc engine and the  Jimny Sierra, which gets flared wheel arches and a larger 1.5-litre petrol mill. The concept is based on the latter model, which is also the model that has been brought to international markets.

The Jimny Survivor will join the Jimny Sierra Pickup Style concept at Suzuki’s stall at the 2019 Tokyo Auto Salon.