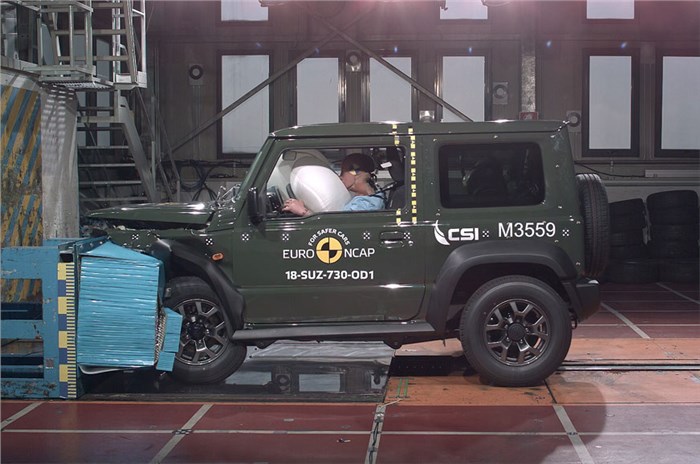 The new Suzuki Jimny has received a 3-star rating in the latest round of tests conducted by Euro NCAP. The SUV scored 73 percent in adult occupancy, 84 percent for child occupancy, 52 percent for vulnerable road users and 50 percent for safety assist systems.

The Jimny was marked down as it was found that the driver’s side airbag did not deploy adequately and could result in serious head injuries during a frontal crash. While the model for the European market comes standard with autonomous emergency braking (AEB), the Jimny did not receive any points for this feature as Euro NCAP requires good head restraint performance as a pre-requisite for AEB points.

For that market, the Jimny is available with the K15B petrol engine that displaces 1,462cc and develops 102hp and 130Nm of peak torque. The motor is mated to either a 5-speed manual or a 4-speed torque converter automatic, which sends power to all-four wheels.

There is no news yet if Maruti Suzuki will bring the Jimny to India.