Based on the tailored-for-India MQB A0 IN platform, Skoda’s upcoming notchback will be clearly differentiated from its Volkswagen sibling and will get a 1.0-litre turbo-petrol engine. 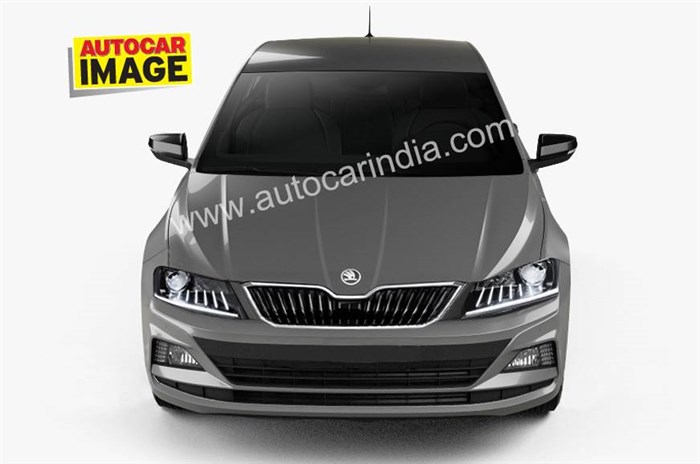 The Volkswagen Group’s India arm is working to bring four new models to our market under the company’s India 2.0 strategy. Two of those are brand-new midsize SUVs – the India-spec Volkswagen T-Cross and a brand-new Skoda midsize SUV – the third is VW's Vento replacement, while Skoda's new sedan – primed as a replacement for the ageing Rapid – will be the fourth model.

Speaking to Autocar India on the sidelines of the 2019 Frankfurt motor show, Bernhard Maier, CEO, Skoda Auto, said a notchback is being readied for the Indian market. It’s set to follow the launch of the midsize SUV (which will take place in 2020), and initial feedback from customer clinics has been positive.

“To cover only the SUV market would be too strong a shortcut. We’ll come up in the (midsize) SUV segment, but we’ll also come up with a notchback. And both cars – from our point of view, when we take into account the feedback we got from customer clinics – are really promising”, said Maier.

To be able to achieve a competitive price tag for its new models, Skoda is focusing on ramping up localisation, and the Rapid’s successor will use a high level of local content. “In terms of localisation, we have made even more progress than we had in our plans previously. We are now at a level of around 92-95 percent”, said Maier.

While there is a possibility of Skoda exporting the new sedan to international markets at a later stage, for now, the focus remains firmly on India and the needs of Indian buyers, according to the Skoda CEO.

“First of all, we have to come up with a product which is to the point for our Indian customers. If we see that this kind of product also has its fans in other markets, we’re going to export it. But the most important focus is on our Indian customers, so we’re really focused on the cars to come”, added Maier.

Skoda’s new sedan will be based on the tailored-for-India MQB A0 IN platform. It will get a unique front end and could share some body panels with its Volkswagen sibling. The upcoming Skoda sedan will be powered by a 1.0-litre TSI petrol engine (from the EA211 family), and there will be no diesel engine option, so there will be fewer versions to choose from. What’s also worth noting is that the Skoda and VW sedans will not be mere badge-engineering jobs and will be far more differentiated than the current Rapid and Vento.

The Volkswagen Group is banking heavily on the India 2.0 project and has earmarked Rs 8,000 crore for it.  Kicking things off for the India 2.0 project will be the reveal of the Group’s two new SUVs at the 2020 Auto Expo in New Delhi. The Volkswagen T-Cross SUV is expected to retain its family look but will sport some added “masala” – in the form of more chrome elements – to suit Indian tastes.