The Skoda Scala hatchback has provided the base for the one-off Slavia roadster;it’s not intended as a series production model. 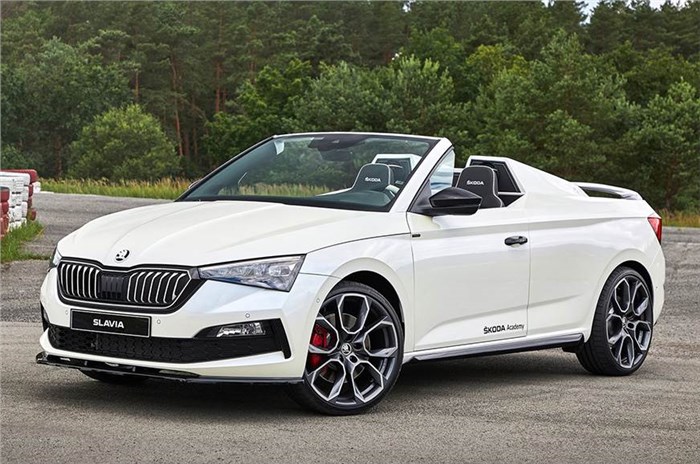 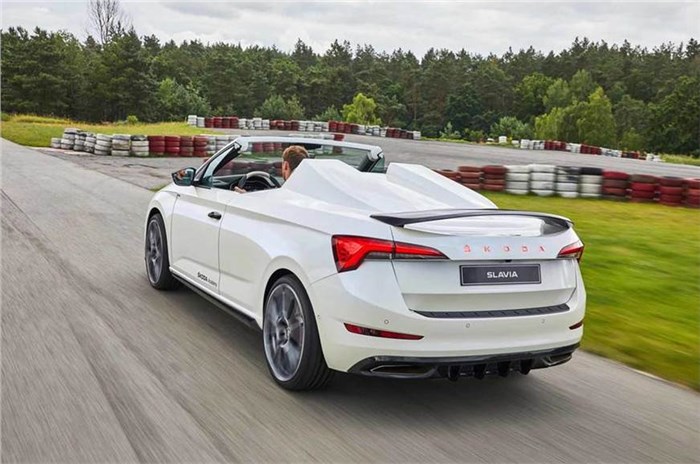 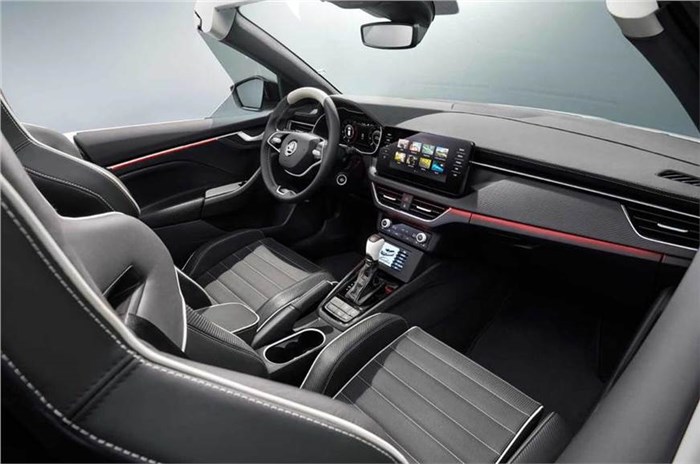 Though not intended as a series production model, the Slavia is the flagship project of the Czech brand's vocational school of mechanical engineeringin Mladá Boleslav, which trains students in various disciplines to embark on a career within Skoda.

The students are invited annually to design their dream car together, with previous examples including last year's Mountiaq pick-up and Atero coupé. The Slavia was built by a team of 31 trainees who elected to turn the existing Scala hatchback into a 'sporty spider'.

Taking a Scala hatchback, the students reinforced the underbody, removed the roof and welded the rear doors in place. The two-door model became a two-seater with a bespoke rear seat cover featuring speedster-style twin humps, which combines with a new rear spoiler.

The Slavia also uses 20-inch alloy wheels from the Kodiaq vRS, as well as an Octavia vRS brake system and wheel hubs, alongside a modified exhaust. A three-layer White Crystal Blue pearlescent paint finish features neon blue accents, while programmable LEDs in the sills bathe the car in the three colours of the Czech flag.

Closer to home, Skoda is set to reintroduce its flagship SUV–the Kodiaq– in the months to come. The BS6 model will only be offered with a single engine option – a new 190hp, 2.0-litre turbo-petrol engine. Skoda’s all-new Octavia executive sedan is also expected to join the India line-up early next year. This will be followed by the launch of the Vision IN concept-based midsize SUV – the first model built on VW Group’s India-specific MQB A0-IN platform.