Seven seat version will have a longer rear overhang and a bigger rear-quarter glass; roof rails and small styling changes could also be introduced on the seven-seat Harrier. 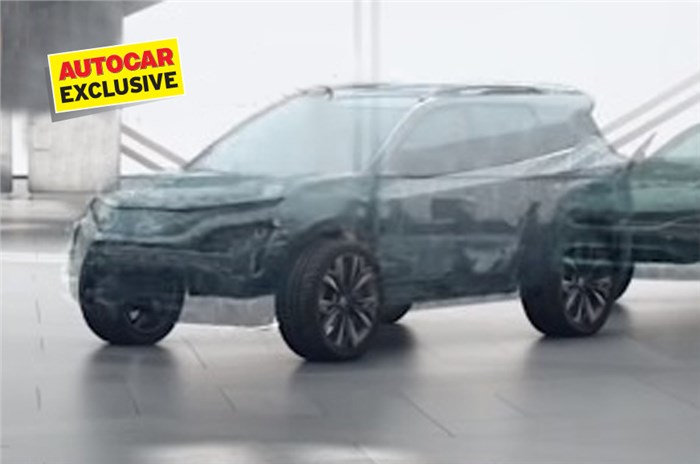 Since the seven-seat Harrier will be based on Land Rover’s D8 platform – just like the five-seat model -  making space for an extra row of seats should be easy. But in addition to a 62mm longer rear overhang (which will take overall length up to 4,660mm), there will also be a larger rear-quarter glass, replacing the stylish ‘pinched’ window line. Roof rails will also be a part of the package, and there could be further detail changes to the front and back of the seven-seat Harrier to distinguish it from the five-seat model.

It should also be largely identical to the five-seat Harrier on the inside, but, of course, with a third row of seats. The inclusion of a third row will mean the seven-seat model won’t come close to matching the five-seat version’s 425-litre boot. Some features that could come with the addition of a third row could include additional AC vents for the rear-most passengers, cooled cup holders, USB charging points and it’ll be interesting to see if Tata also adds a recline function (as seen on the new Maruti Suzuki Ertiga) for the third row.

As we’d reported earlier, the seven-seat version of the Harrier will carry a different name in order to differentiate it from the five-seater.  It will also be equipped with a more powerful, BS VI-compliant version of the Harrier’s 2.0-litre Kryotec diesel engine, which could make in excess of 170hp and 350Nm of torque. This engine will also likely make it to the five-seat Harrier at around the same time. Transmission options for the seven-seat Harrier will include a 6-speed manual and a Hyundai-sourced 6-speed torque convertor automatic gearbox.

With the five-seat Harrier estimated to be price between Rs 16-21 lakh (on-road), expect the seven-seat version to cost around Rs. 1 lakh more.