Workers at Renault-Nissan India’s plant have claimed that social distancing protocols were being broken at the facility. 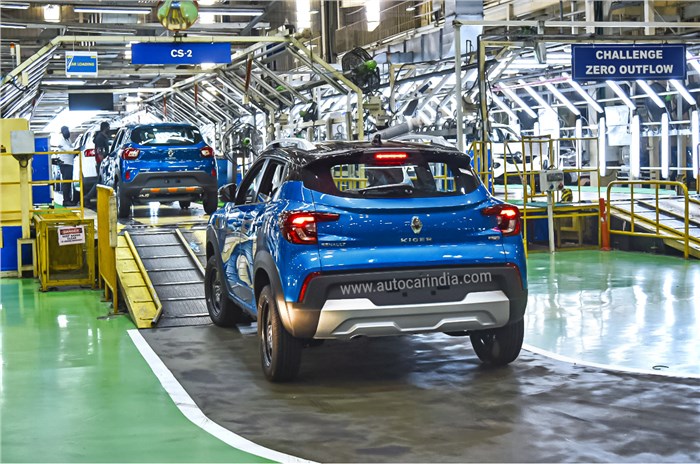 Renault-Nissan India and the workers at its plant in Tamil Nadu have been engaged in a legal tussle, after the workers petitioned a court to halt operations because social distancing norms were being broken and company-provided health benefits were outweighed by the risk to their lives.

Renault-Nissan has informed an Indian court that it needs to continue production at its plant in Oragadam near Chennai to meet orders, rejecting claims from an employee union that COVID-19 safety protocols were being ignored at the facility, legal filings show.

Renault-Nissan has argued in the court filing, which is not public, that there was a "compelling need" to continue operations to fulfil domestic and export orders. It further iterated that all COVID-19 norms were being followed. The case will next be heard on May 24 at the Madras High Court, where the state government, which is also party to the case, is expected to file its response.

A top Tamil Nadu state official told Reuters on May 23 that automobile companies will be allowed to continue operations, but action will be taken against violations of social distancing protocols by any company. Tamil Nadu has been one of the worst hit states during the second wave of the coronavirus, recording more than 30,000 cases each day. The state, an auto manufacturing hub in India, has imposed a full lockdown until May 31 but has allowed some factories, including automobiles, to continue operating.

"It is a question of life versus livelihood," M Moorthy, general secretary of Renault Nissan India workers union which represents all 3,500 permanent factory workers, told Reuters. "We just want social distancing protocols to be followed and the management to be responsible for any risks to the workers or their family members." The Renault-Nissan plant also employs 3,000 contract workers, 2,500 staff members and 700 apprentices.

Renault-Nissan's May 16 court filing shows it has pending export orders of about 35,000 vehicles for the May-October period, which if not fulfilled could lead to penalties and loss of business. It also has 45,000 pending domestic bookings for the recently launched Nissan Magnite and Renault Kiger compact SUVs. The company's petition says it has always prioritised employee safety and "has left no stone unturned" to ensure the infection does not spread.

"The travelling public consider private vehicles as a safe mode of travel ... there is a compelling need for the state to ensure the continued operations of the automobile manufacturers," the petition said. However, Nissan, which has a majority stake in the Renault-Nissan India plant, declined to comment on the court battle.

This legal tussle highlights the challenges big companies are facing to keep operating in India amid heightened worries from employees who fear for their health and safety due to the coronavirus.

In 2021, Renault has launched two products in India so far, the all-new Kiger compact SUV and the updated Triber 7-seater. The Triber is also expected to receive the turbo-petrol engine option from the Kiger in the near future. Apart from the Kiger and Triber, Renault India also retails the Kwid hatchback and the Duster midsize SUV. Recently, Renault extended the validity of its free service and warranty periods till July 31 to aid customers amidst this pandemic.

Meanwhile, Nissan currently sells the Kicks SUV in India along with the high-in-demand Magnite compact SUV that recently crossed the 50,000 bookings mark.

Renault Kiger: Which variant to buy?