Prices for the Kiger will be announced next month; will undercut starting price of the Nissan Magnite. 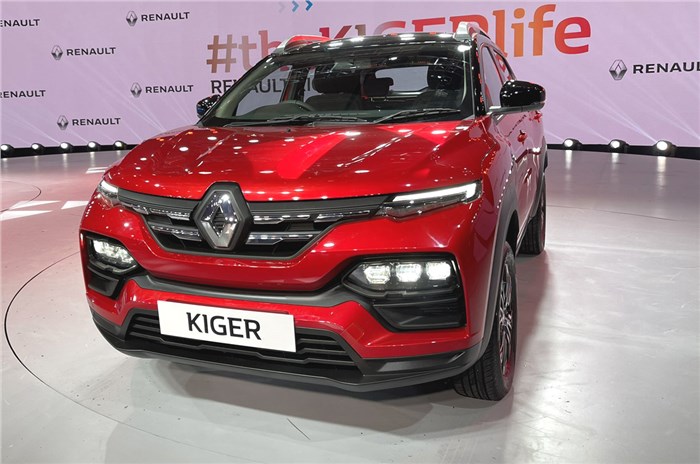 Renault India has commenced series production and dealer dispatches of its upcoming Kiger compact SUV. The new Renault Kiger SUV will be launched in India on February 15, 2021.

Renault Kiger: what do we know so far

After a long delay, Renault will finally enter the ever-growing compact SUV segment next month with the Kiger.Renault’s compact SUVwill not only see rivals from most major brands in India but also from its sisterbrand in the form of the Nissan Magnite.

Renault’s Kiger shares its underpinnings with the Magnite, which includes the CMF-A platform as well as the engine-gearbox options. The engines include a 1.0-liter naturally aspirated petrol anda 1.0-liter turbo-petrol, with the former coming with either a 5-speed manual or an AMT automatic gearbox andthe latter, a more powerful 1.0 turbo-petrol, gettingthechoice of either a CVT automatic or a 5-speed manual. In contrast, the Magnite does not come with an AMT gearbox and its 1.0-litrenaturally aspiratedengine is available with a 5-speed manual transmission only.

Renault's sister brand Nissan's aggressive entry-level price strategy for the Magnite (at Rs 4.99 lakh at launch, ex-showroom) helped bring many customers to its outlets and we can confirm that Renault is planning to price the Kiger on similar lines, atleast initially. This means, the starting price of the Kigerwill undercut the Magnite's current starting price of Rs 5.49 lakh.