Like the Triber MPV, the Renault Kiger is also expected to secure a 4-star rating. 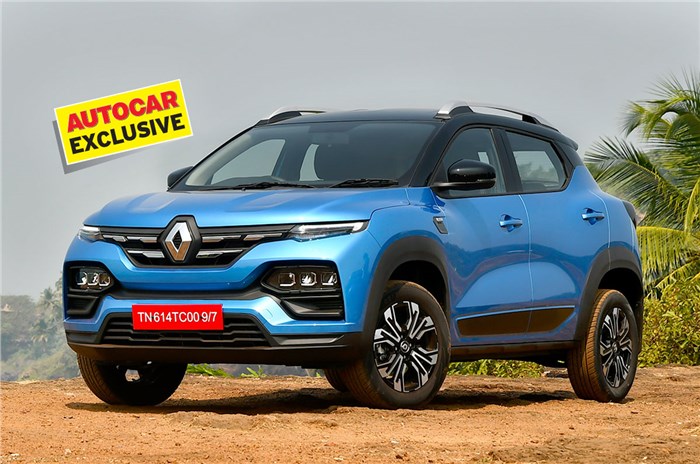 Global NCAP, the automotive safety watchdog, is expected to soon release crash test results for the Renault Kiger. Just a few weeks prior, Global NCAP released safety scores for the Renault Triber MPV where it was awarded a 4-star safety rating.

Our sources tell us that following the Triber, Global NCAP is also currently in the process of testing the Kiger and the company expects its compact SUV to also secure a 4-star rating like the Triber did.

Given that both share the CMFA+ platform this should most likely be the case. As with the Triber, the Kiger tested will also likely be the lower variant; equipped with two airbags, a seatbelt reminder and ABS.

A 4-star rating will certainly help boost Kiger sales and will further strengthen Renault’s safety credentials in India, which did not begin on a strong note. Back in 2016, the Renault Kwid failed to secure any stars after being crash tested at Global NCAP as did non-airbag equipped models of the Lodgy and Duster.

Subsequently however, the French brand made concerted efforts and worked with Global NCAP crash testing three more Kwids and a Duster, post which the Kwid secured a 1-star rating while the Duster garnered 3-stars.

With the Triber’s 4-star rating, Renault has upped its game considerably and the company says it aims to make the ‘best in global car safety, accessible to Indian customers.’

Going ahead, Global NCAP tests are set to get tougher as it will introduce additional crash and safety testing parameters by the end of 2021. From 2022, ESC (electronic stability control) test will join the organisation’s test protocols. Furthermore, the organization plans to incorporate more active safety technology in its testing protocol, as well as introduce a single rating (instead of separate adult and child safety ratings) by 2026.