Under its ‘Safer Cars for India’ campaign, GNCAP will add ESC to its test protocols in 2022, with a complete revision of the safety rating system, and inclusion of active safety tech, planned by 2026. 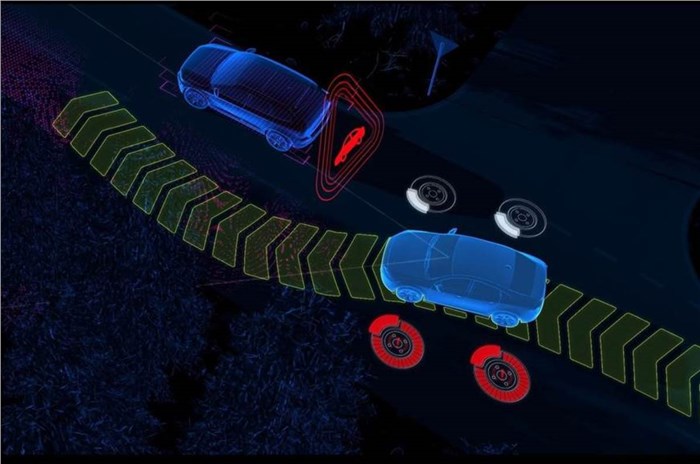 Global NCAP (New Car Assessment Program) is gearing up to modify its crash testing protocols under its ‘Safer Cars for India’ campaign. Though Indian vehicle safety standards have shown significant progress in recent years, with models like the Mahindra XUV300, Tata Altroz and Tata Nexon even scoring a full, 5-star rating in GNCAP tests, there is a scope for improvement, especially in the area of active safety. This is something that the safety watchdog plans to address in the coming years, beginning with ESC (electronic stability control).

“We will be introducing ESC requirements for high star ratings in India, probably in the second-half of 2022,” confirmed Alejandro Furas, vice president, Technological Affairs and Secretary General, Global NCAP, during the ‘Safer Mobility Conclave’ organised by our sister publication Autocar Professional.

We had already reported last year that the Global NCAP crash tests are set to get a lot tougher moving forward. However, during the recent webinar, Furas revealed the new timeline for the updated protocols, considering the impact of the latest COVID-19 crisis. “We were expecting the protocols to be up and running in 2021, however, we have pushed those ahead by at least one year. But it is very likely that by 2022, we see those (in effect).”

Furas mentioned that he expects the reworked protocols “to be open for all manufacturers and published no later than a month from now.”

Stressing on the importance of the new safety system, he added, “The cost of an electronic stability control box is $60 (about Rs 4,400) or less. ESC saves almost as many lives (globally) as seatbelts.”

Under its ‘Safer Cars for India’ campaign, Global NCAP currently assesses vehicles based on just a single crash test. Called the (Front) Offset Deformable Barrier (ODB) test, it involves catapulting a vehicle to a speed of 64kph and crashing it into a deformable barrier with a 40 percent overlap. Readings of the impact, taken from test dummies placed inside the car, are used to calculate the vehicle’s star ratings – one for adult occupant protection, and the other for child occupant protection.

Cars have to undergo and pass an additional collision – the side impact test – only if they are vying for a full, 5-star rating, or if the manufacturer voluntarily submits for the test.

One of the major limitations of GNCAP, compared to other NCAPs around the world, is that it currently assesses only passive safety features, which are designed to reduce the impact of a crash on a vehicle’s occupants. There is little consideration given to active safety features that can help avoid a crash in the first place. This will begin to change with the introduction of ESC testing in 2022, followed by a major overhaul of the test procedures in the next four years.

GNCAP to overhaul its safety rating system by 2026

Furas mentioned that, going forward, Global NCAP will start following in the footsteps of Latin NCAP, for shaping its test protocols. “What is happening today in Latin America is a good forecast of what you might see in India, probably in the next four years,” he said.

After having a system, similar to GNCAP, with dual ratings for adult and child safety, Latin NCAP switched to a protocol with a single, unique star rating for a vehicle, in 2019-2020. Under the new procedure, the rating is calculated based on the car’s performance in four categories – adult occupant protection, child occupant protection, pedestrian or vulnerable road user (VRU) protection and safety assist systems.

Explaining the rationale behind the move, Furas said, “The idea is that you need to be very good in all the boxes (categories) in order to achieve a higher star rating. You can have 100 percent points in three of the boxes, but if in one of them, you’re only scoring 10 percent, that box will lead to a poor star rating.” This, then, will push manufacturers to view safety in a more holistic way and improve their performance on all fronts.

Latin NCAP has started conducting a battery of tests under the new system. For instance, assessment for adult occupant protection includes tests for a front offset collision, side impact, side pole impact, autonomous emergency braking (AEB) (low speed) and whiplash injury. Safety of child occupants is measured using the front offset and side impact tests, in addition to assessment of the vehicle’s child restraint system.

Furas mentioned that the inclusion of active safety systems is a big jump forward for Latin NCAP, and that it is “likely to happen in India as well, in 4-5 years from now”. However, he added, “When we are talking about active safety technologies, we are not addressing those as a standard requirement for scoring.” As such, it is likely that the active safety tech will not be mandatory but will be a required to score extra points for a higher rating.

Commenting on the new protocols, Furas said, “This is happening in Latin America from 2020, and it is likely that India will see something similar, though not with the same depth in terms of analysis.” The revised procedure for India, then, can be expected to start with a few new tests, and more checks to be added over the years.

“It is likely that up to 2025-2026, you will see a protocol in India like the (Latin NCAP) one, which has boxes (categories) and more active safety assessments,” explained Furas. He added, “Discussions about some of these assessments are going to be started with car manufacturers in the next 2-3 years.”