Honda's new 7-seater SUV will be powered by a 1.5-litre petrol engine. 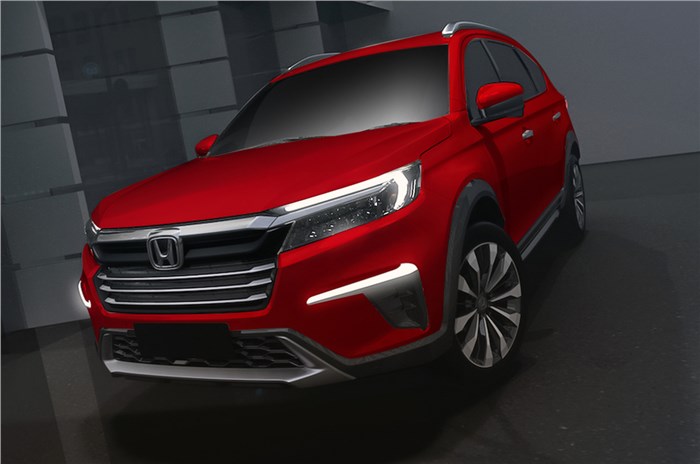 The production version of the three row Honda N7X SUV is set to make its world premiere on September 21, Honda Indonesia has confirmed.

Honda initially revealed the concept version of the N7X in May this year. The production-version of the SUV was slated to be revealed in August originally at the Gaikindo Indonesia International Auto Show (GIIAS). However, the GIIAS was postponed to November due to the ongoing COVID-19 pandemic.

After a series of delays, Honda Indonesia planned to introduce the production-version of the N7X by the year end, but this has been pulled forward to September 21. This has been done to avail the benefits of the extension given by the Indonesian government for the luxury tax break for cars under 1,500cc. Under this rule, customers will only have to pay marginal tax for cars that fall under this category, until December 31, 2021.

Honda N7X: what we know so far

While Honda hasn’t revealed many details yet, what we do know is that the production-spec N7X will be a replacement for the ageing BR-V. The market name of the N7X production version is yet to be confirmed as well, but sources tell us that Honda is likely to retain the BR-V name. The N7X will be Honda's answer to the popular Toyota Avanza, Daihatsu Xenia and other three-row midsize SUVs sold in Indonesia.

In terms of styling, the concept's familiar Honda design cues are expected to be carried to the production car, which we think will end up looking a lot like a smaller iteration of the CR-V.

The production-spec Honda N7X will be powered by the same 1.5-litre petrol engine found in the Honda City and a few other global models from the brand. Power and torque output for this engine should be around 121hp and 145Nm respectively. Gearbox choices will include a 5-speed manual and a CVT automatic. However, it seems unlikely the model will get a hybrid powertrain.

Honda N7X: will it come to India?

As far as India goes, Honda discontinued the slow-selling BR-V, which means the brand currently has no 7-seater in our market. The production version of the N7X would be a good candidate for India, although, there is no update from Honda India on this yet.

However, Honda has confirmed that its currently developing an India-focused SUV which is expected to be launched in our market some time after September 2023. This midsize SUV will measure 4.3m in length, will be based on the City’s platform and borrow its engine and gearboxes from the sedan.