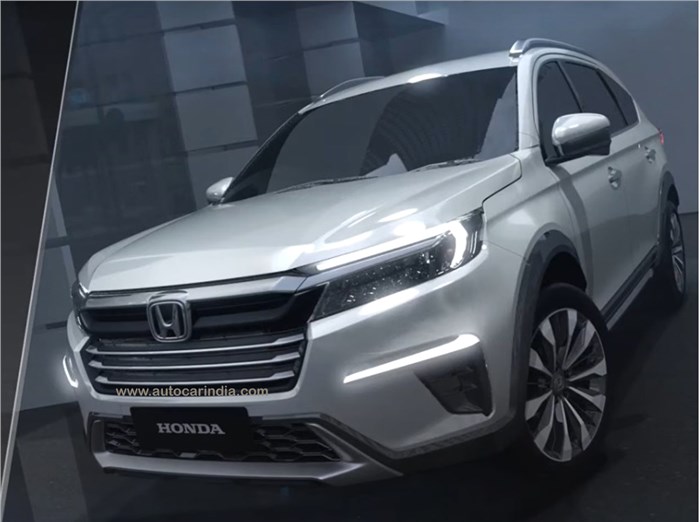 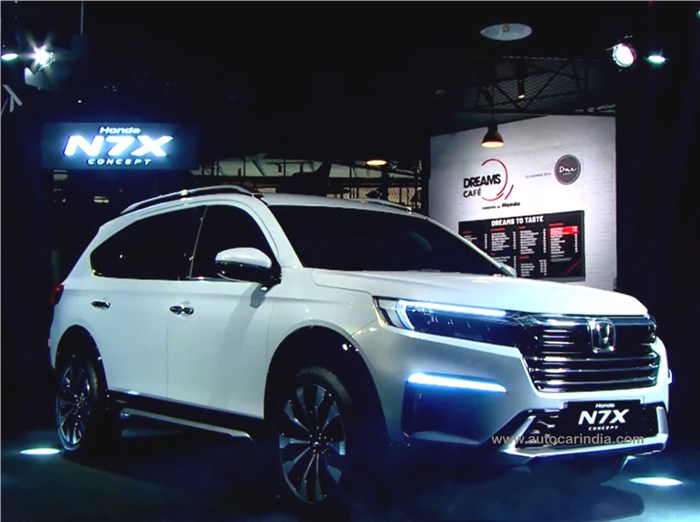 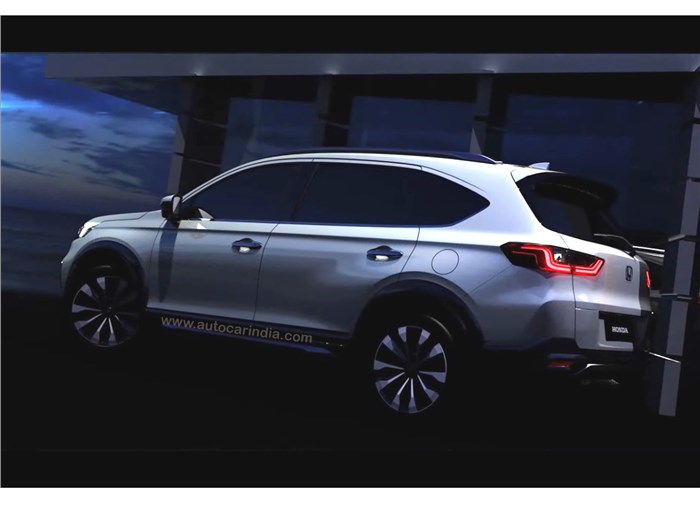 Honda has taken the wraps off the all-new N7X concept. The new three-row concept from Honda was unveiled in Indonesia and is touted as a replacement for the BR-V. While the vehicle is shown in concept form, it looks more or less production ready. We tell you more about it.

At first glance, the styling of the N7X concept gets familiar Honda design cues that are seen on the current City, the recently unveiled HR-V and the bigger CR-V SUVs. The new Honda N7X concept gets an upright nose with a clamshell bonnet and a multi-slat chrome laden grille that is flanked by slim wraparound headlamps. A prominent Honda logo takes centerstage and the concept gets dual-LED DRL setup, with one placed on top of the headlamp and the other positioned on the bumper. A tough-looking chin with faux skid plate and brushed aluminium inserts give the N7X concept a butch SUV-like look.

On the sides, it gets a large glasshouse that tapers at the back and a shoulder line that goes slightly upward. There is a very prominent character line that runs across its side, starting from the headlamp and nearly merging with the horizontally placed wraparound tail-lamps. The round wheel arches get black cladding that runs across the vehicle, adding to its rugged appearance. Overall, the look of the N7X concept is very similar to larger three-row Honda offerings like the CR-V. At the back, the N7X concept gets signature LED elements on the tail-lamps just like the City.

While Honda has not revealed much details about the powertrain, the N7X, being based on the latest-gen City, will share its powerplants with the popular sedan. The N7X in its production form, will go on sale in Indonesia first and is expected to come with a 1.5-litre petrol engine mated to either a manual or a CVT automatic gearbox.

As mentioned above, save for a few elements, the N7X concept looks production ready. We expect Honda to unveil the production version of this model in the coming months. According to sources, this new model will replace the BR-V in Indonesia. As far as India goes, Honda pulled the plug on the slow-selling BR-V and the brand currently has no product in the 7-seat category in our market.  A production version of the N7X concept could be a good contender for India, however there is no update from Honda India on this vehicle.