Honda has dropped the slow-selling BR-V from its India line-up. The BR-V was not updated for the BS6 emission standards that come into force today, marking the end of the road for the 7-seater. 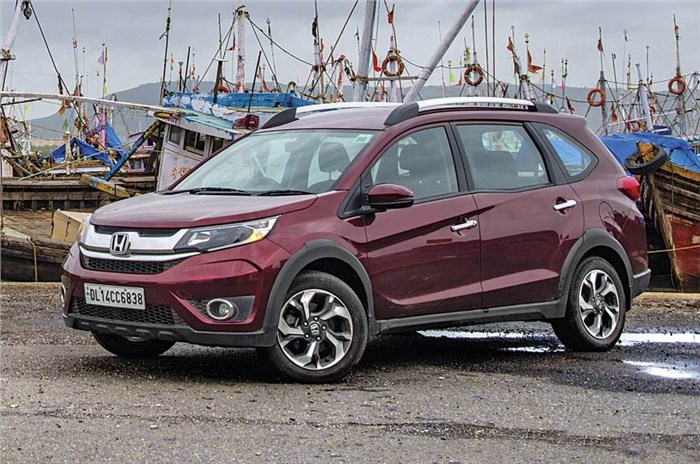 The BR-V was introduced in India in May 2016 and sought to carve a niche for itself with its crossover-like styling cues and seating for seven. However, buyers found the BR-V too similar to its platform-mate, the Mobilio, and that MPV connect didn’t do the Honda BR-V any favours in an SUV-crazy India. Also, as practical as the BR-V’s interior was, it missed many essential features at launch. Honda did add more equipment over the model's life cycle, but the BR-V simply didn’t sell to potential.

Honda Car India sold around 20,000 units of the BR-V in FY2017. Sales slid to 11,563 units in FY2018 and further dropped to all of 5,213 units in FY2019.  Honda sold only 1,959 units of the BR-V in FY2020 till end-January this year. While the BR-V did not do too well in India, it has been a popular choice for buyers in markets like Indonesia, Thailand and the Philippines. Honda even introduced a BR-V facelift in these markets last year.

Honda's trimmed line-up in the Indian market comprises the CR-V, Civic, Amaze, WR-V, Jazz and City – the last of which is due for a full model change in the weeks to come.