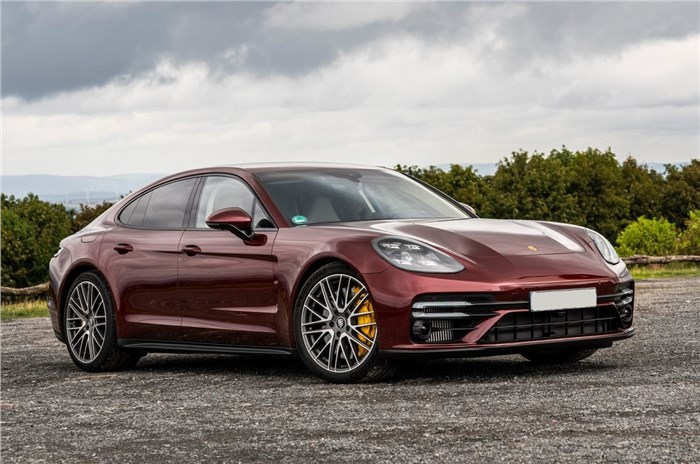 The Porsche Panamera facelift has been launched in India, with prices starting at Rs 1.45 crore. Buyers will have to shell out Rs 2.43 crore for the top-spec Panamera Turbo S E-Hybrid. The 2021 Panamera features a sportier look and power upgrades over its predecessor.

Porsche has given the Panamera a sportier look, keeping in-sync with the improvements in power and dynamics over the four-door sports coupe's predecessor. The Panamera facelift now features the previously optional sport design front-end of the predecessor as standard, with air intake grilles, larger side-air-intakes and a “single bar front light module” integrated in the grille. The Panamera Turbo S gets larger side air intakes and dual-front lights, which set it apart from the rest of the range.

Moving to the rear, the 2021 Panamera gets a light strip that stretches across the boot lid, connecting the two LED tail-lights. GTS models get darkened tail-light clusters to signify the increase in power over the standard model.

The highlight of the facelifted Panamera range is the addition of the Turbo S variant. Powered by a 630hp, 4.0-litre twin-turbo V8 engine, Porsche says the Panamera Turbo S completes the 0-100 sprint in 3.1 seconds and goes onto a top speed of 315kph.

Porsche has taken it a step further with the Turbo S E-Hybrid, which is powered by a 571hp, 4.0-litre twin-turbo V8 paired with a 136hp electric motor integrated into an 8-speed dual-clutch automatic transmission, which sends power to all-four wheels.

The Panamera facelift features an updated Porsche Communication Management (PCM) system as standard and gets features such as wireless Apple CarPlay, LED matrix headlights with “Porsche Dynamic Lighting System Plus”, which dynamically increases headlight intensity, beam, and range according to the car’s speed and surroundings. Other features include park assist with a 360-degree view, and a heads-up display.

In addition to the PCM system, the Panamera also features a revised Porsche Active Suspension Management system, which controls the three-chamber air suspension, fitted as standard. Customers can optionally spec their Panamera with “Porsche Dynamic Chassis Control Sport”, which features active roll stabilisation with a very sporty setup, and the “Porsche Torque Vectoring Plus” system, which varies torque distribution to the rear wheels in conjunction with an electronically controlled rear differential lock.

Porsche has also introduced an exclusive “10 Years Edition” of the Panamera facelift to celebrate a decade of the model. Alongside several design highlights, the special edition also features comfort and chassis refinements over the other variants of the Panamera. A few units of this special edition variant are available at select dealerships.

In India, the Porsche Panamera facelift rivals the Mercedes-AMG GT63 S 4-door Coupe, BMW 8 Series Gran Coupe and the Audi RS7 Sportback. The Maserati Quattroporte Trofeo, which is set for an India launch in the near future, will also compete with the Panamera when it arrives. 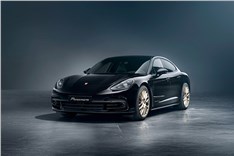