Porsche agrees to restart production of the 911 GT2 RS to replace the examples destroyed in a shipping accident. 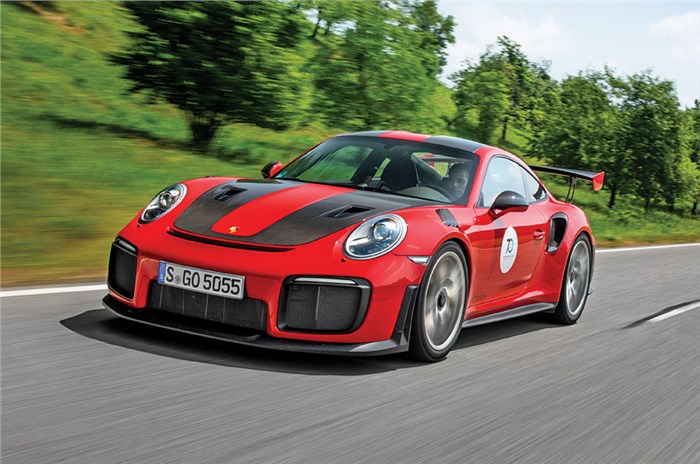 A cargo ship called the Grande America went down off the coast of France after being engulfed in flames. The ship was carrying a large consignment of Audis and Porsches, totalling around two thousand vehicles. While the 27 member crew were rescued without any fatalities, the consignment, which included models like the Audi A3, A5, Q7, RS4, RS5, Porsche Cayman, Boxter, Cayenne and the 911 GT2 RS, was lost.

The Porsche GT2 RS is a limited-run range-topping 911 whose production run ended in February 2019. It appears that there were four examples of the Porsche 911 GT2 RS on the cargo ship, which were headed to Brazil. Porsche has reportedly agreed to restart the production run of the performance car due to the unique circumstances, in order to accommodate the examples that were destroyed at sea.

The Porsche 911 GT2 RS is a completely track-oriented version of the regular 911 and was launched in the Indian market back in July 2018. It is powered by a 3.8-litre, twin-turbo flat six engine which produces 700hp and 750Nm of torque. The engine is mated to Porsche’s 7-speed dual-clutch automatic transmission and power sent to the rear wheels. The GT2 RS had a limited production run of just 1,000 examples.