Narain Karthikeyan laps the BIC in 2min 0.26sec in the Porsche 911 GT2 RS, the most powerful road-going 911 ever made; nearly 7.5sec quicker than the previous record-holder, the 911 GT3. 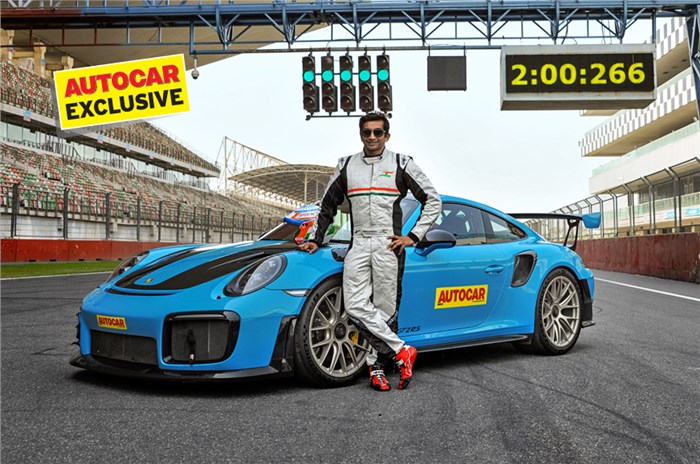 Most enthusiasts will remember that we set a new production car lap record at the Buddh International Circuit, with Narain Karthikeyan – India's first F1 driver – just four months ago, notching up a blistering 2min 7.629sec lap in his own Porsche 911 GT3. We’ve now broken that record, too. Driving the Porsche 911 GT2 RS, Karthikeyan has once again set a new lap record at the Buddh with a searing lap time of 2min 0.26sec. That's nearly 7.5sec quicker than the 911 GT3's time!

The car Karthikeyan broke the record in was also specced with the optional Weissach package, which adds a carbon-fibre roof, bonnet and anti-roll bars and magnesium wheels to shave off a crucial 30kg from the 911 GT2 RS' kerb weight of 1,545kg.

Speaking after his record-breaking run, Karthikeyan said, "Compared to the 911 GT3 we set the previous record with, the GT2 RS is a completely different animal. It was a rush to break the record by such a big margin, and I think I even surprised myself with the final lap time."

Think the Porsche 911 GT2 RS' lap record at the BIC will be topped anytime soon? Which car do you think can do it? Let us know in the comments.