The 911 Dakar will be a limited edition model, with only 2500 units being made. 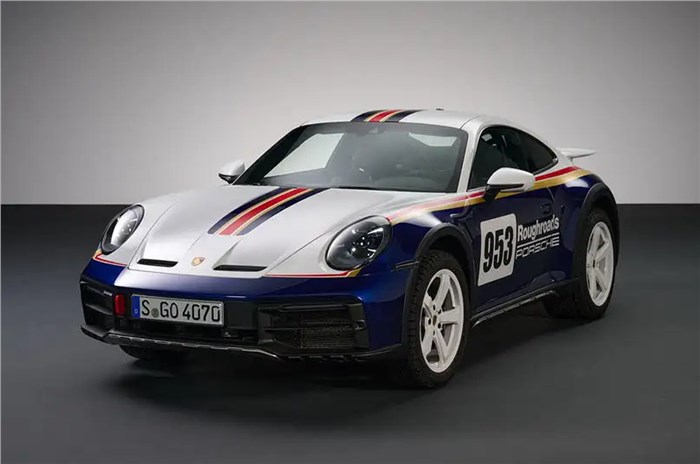 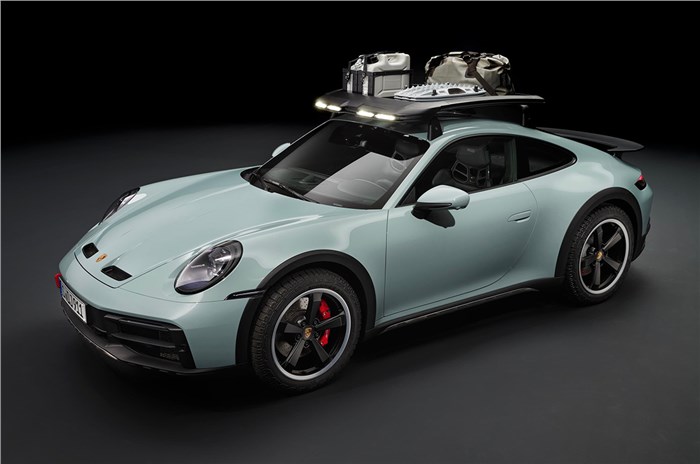 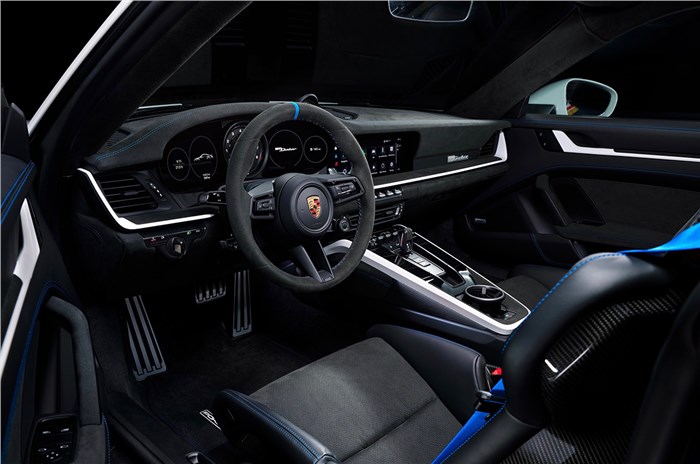 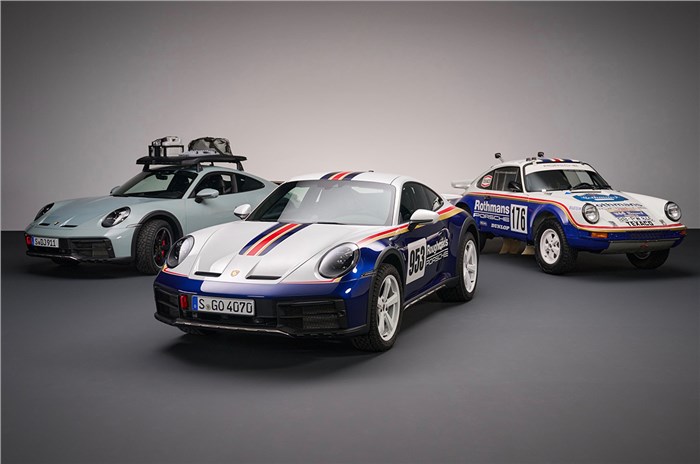 Porsche has taken the covers off its new 911 Dakar at the Los Angeles motor show. The 911 Dakar is a heavily modified version of the firm's flagship coupé, the 911, and is designed to offer a rapid off-road pace with minimal compromise to its abilities on the road. Porsche has built the 911 Dakar not only as a tribute but also as a spiritual successor to its 1984 Paris-Dakar rally winner, the 911 Safari. Back in 2018, Autocar India was first to report that Porsche could do a jacked-up 911.

The 911 Dakar has undergone a lengthy development process, having made its debut in prototype form at the Nürburgring more than two years ago. It features a radical exterior that's modelled on the most extreme off-road vehicles available. These include the red aluminium towing lugs at the front and the rear, the significantly widened wheel arches, and the protective steel plates for the front, rear and side sills.

Other exterior highlights include the carbon fibre-reinforced plastic rear spoiler, a boot lid lifted from the lightweight GT3 and the optional roof rack that has a 12V outlet for the LED lights. Porsche will offer the 911 Dakar with an exclusive Shade Green colour scheme but customers can also select the optional Rally Design Package, which brings a distinctive two-tone white-blue paint scheme with red and gold stripes, modelled on the Dakar winner’s famous Rothmans livery.

On the inside, the 911 Dakar skips the rear seats to keep things lightweight and comes with bucket seats at the front, along with an optional roll-over bar, six-point seat belts and a fire extinguisher.

The 911 Dakar is most closely related to the four-wheel-drive Porsche 911 GTS and shares the latter’s 480hp, 570Nm, 3.0-litre twin-turbo flat-six engine with an 8-speed dual-clutch automatic gearbox. This allows the 911 Dakar to sprint from 0-100kph in just 3.4sec. Porsche has made significant modifications to the chassis and body of the 911 Dakar, making it completely different from its standard sibling.

The off-road-ready sportscar sits 50mm higher off the ground than a 911 Carrera S and can be raised by another 30mm, further boosting ground clearance and increasing its approach and departure angles. Porsche claims that the suspension is “not designed merely for driving over obstacles at low speed” but can be used at speeds of up to 170kph for “ambitious off-road adventures”.

The brand has also equipped the 911 Dakar with purpose-built Pirelli Scorpion All-Terrain Plus tyres with 9mm-deep treads and super-strong reinforced sidewalls. Porsche claims that, despite their off-road focus, the tyres allow for engaging on-road dynamics; Pirelli P Zero tyres, too, will be available as an option for everyday on-road driving.

The 911 Dakar features rear-wheel steering, engine mounts from the GT3 and active roll control. The car also gets two new driving modes – Rally, which sends most power to the rear axle and is designed for loose, uneven surfaces, and Off-road, which puts the suspension at its full height and divides the power equally between the front and the rear axles. Both modes offer a new Rally Launch Control function that maximises acceleration on loose terrain.

Porsche is currently working on an all-electric SUV that will sit above the Cayenne and take on EV SUVs like the BMW iX. The new electric SUV will be based on Volkswagen Group’s Scalable Systems Platform (SSP), like the third-gen Panamera. The company is aiming for pure-EVs to account for 50 percent of its global sales in 2025 and 80 percent in 2030, but has yet to confirm launch dates for pure-electric equivalents to the 911 sportscar and Cayenne SUV.