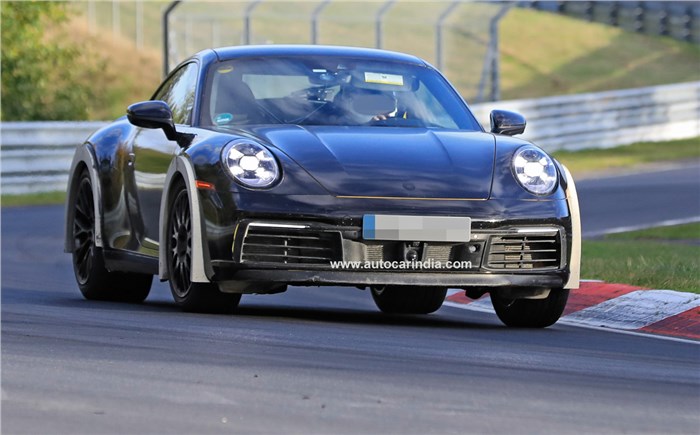 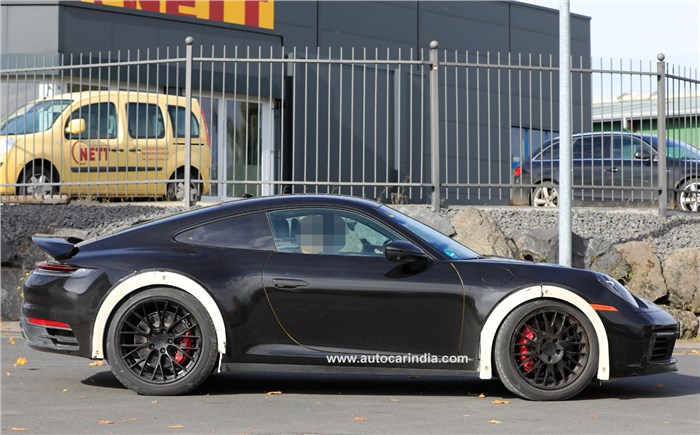 In 2018 we brought you a global exclusive, that Porsche were toying with the idea of a jacked-up 911. Chatting with us about the famed 911 Safari edition rally cars, at the Los Angeles Motor Show 2018, Detlev von Platen, Member of the Executive Board for Sales and Marketing, Porsche AG said, “Taking the 911 and making an SUV out of it? Taking it higher? That could be a good idea, and of course it (a 911 on stilts) won't be a model range but it will be a limited, a very niche product.”

It now appears that work on the off-road version of the 911 has begun. Recently surfaced spy-shots show a current 992 – generation 911 with a massively raised ride height and wheel arches filled in by some temporary add-on cladding. The increase in ride height isn’t to the level of most SUV’s, but it’s significant enough and would be more than sufficient for a rough road rally style car that the 911 would turn out to be.

Nothing more is known about the car, though you can expect more sightings and details to trickle out in the days to come. If indeed the car makes it to production, this would be the only off-road 911 after the company’s one-off rally or ‘Safari’ special 911’s from the 70’s and 80’s.