Production of the Magnite has started at Nissan's Oragadam plant. Launch by end-2020. 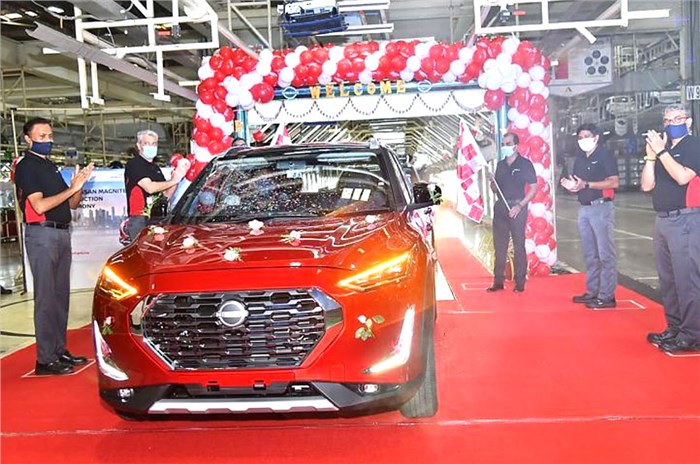 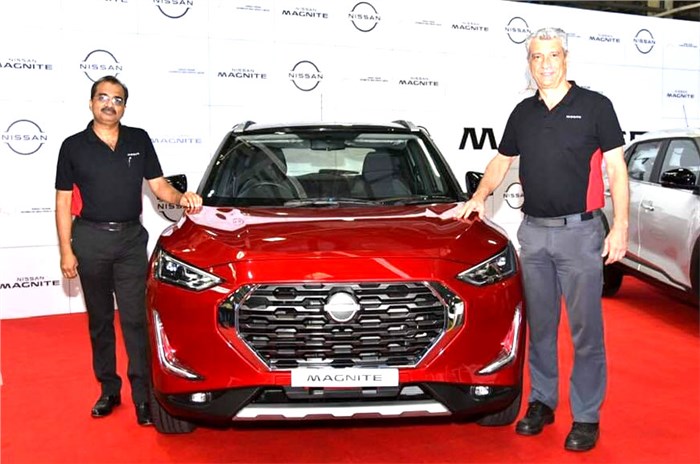 The Nissan Magnite’s production has begun at the brand's Oragadam plant, and the compact SUV is likely to see a market launch in India by end-2020.

Nissan recently took the covers off the production Magnite SUV, and as mentioned before, this is the most important model for the brand in India. Nissan's plant in India will not just build the Magnite for the local market but the made-in-India SUV will be exported and sold in markets like Indonesia, Sri Lanka, Nepal, Bhutan and South Africa.

The company is expected to have the Magnite in its Indian showrooms by mid-December and a price announcement could take place around the same time period. With the Magnite compact SUV, Nissan aims to get a piece of the ever-growing compact SUV segment in India, and simultaneously also gain a stronger foothold in the country’s passenger vehicle market.

Nissan Magnite: What we know so far

The Magnite is built on the Renault-Nissan CMF-A+ platform that also underpins the Triber 7-seater. This modular platform will also form the base for the upcoming Renault Kiger compact SUV.  The Magnite's styling is quite attractive and proportional, with well-crafted contours and chunky cladding along its wheel arches.

Nissan will load the Magnite compact SUV to the gills to make it as competitive as possible. It will come with an 8.0-inch touchscreen and will even get segment-first wireless Apple CarPlay and Android Auto functionality, along with Nissan's connected car features.  There will also be a 360-degree around view camera and a 7.0-inch TFT screen that will function as the instrument console.

The Magnite will come with safety features like dual airbags, rear parking sensors, and ABS with EBD  as standard, along with variant-dependant ones like Vehicle Dynamics Control, traction control and hill start assist. ISOFIX child-seat mounts will be available on a few variants as well.

While the brand is yet to announce engine and powertrain options on the compact SUV, we can confirm that the Magnite range in India will start with a 72hp, 1.0-liter, three-cylinder naturally-aspirated petrol engine that will be mated to a 5-speed manual. Going up the ladder, there will be a 1.0-liter turbocharged petrol that will churn out around 95hp and come with a manual transmission as standard; a segment-first CVT will be available as an option. The Magnite will not have a diesel-powered version.

As mentioned above, the Magnite could see a price announcement sometime in December 2020 in India, where it will rival a long list of compact SUVs like the Kia Sonet, Hyundai Venue, Tata Nexon, Mahindra XUV300, Ford EcoSport, Maruti Suzuki Vitara Brezza and the Toyota Urban Cruiser. The upcoming Renault Kiger SUV will rival the Magnite as well and also share its platform and powertrain.

Sources tell us that the Magnite will be priced aggressively and is expected to start around Rs 5.3 lakh (estimated, ex-showroom) while the range will max out at around Rs 7.5 lakh for the fully-loaded turbo-petrol CVT variants. Expect more details on the Magnite to be revealed in the coming weeks.