The revamped Lexus RX SUV may get ADAS features as standard across its variants. 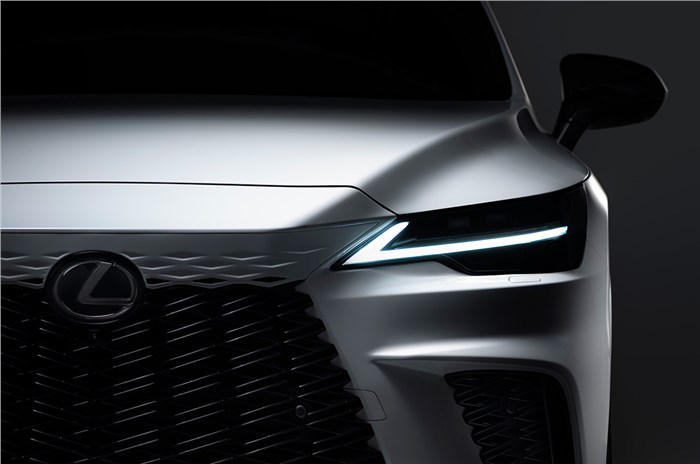 Lexus is all set to unveil its brand-new RX SUV by the end of this month. The Japanese automaker has dropped a teaser for the SUV, which partially highlights the new design. Additionally, the 2023 RX is likely to get a reworked hybrid powertrain, along with new interiors and features.

As per the teaser image released by Lexus, the new RX features a sculpted nose with a body-coloured spindle design element at the front. Flanked by sharper LED headlights with L-shaped DRLs on either sides, the new RX gets a large front grille and enlarged bumper-mounted intakes. While the sides and the rear of the SUV haven’t been revealed, it’s expected that Lexus' new design language from the UX is likely to make its appearance here.

Similar to the recently launched NX, the new RX may get a 9.0-inch or an optional 14-inch touchscreen infotainment system and a digital driver’s display. Like the current model, the new RX is expected to come as a 7-seater and could also get an updated petrol-electric hybrid powertrain for improved performance and efficiency. The Japanese automaker is also likely to equip the SUV with a host of ADAS features from its Lexus Safety System+ 2.5 suite.

Currently, Lexus India offers the facelifted RX 450hL at Rs 1.11 crore (ex-showroom), with the high price tag attributed to it being a CBU. With regards to rivals, the SUV goes up against the likes of the Audi Q7, BMW X5, and the Mercedes GLE. The brand may choose to introduce the next-gen RX in India to replace its predecessor, which has been on sale since 2019.

The company also sells the NX, ES, LS, and the LC coupe in the Indian market. Additionally, the all-new LX500d – Lexus’ flagship SUV based on the Land Cruiser – will come to India soon. Read more on that here. 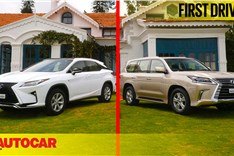