The new 5 Series will get a dedicated electric ‘i5’ model, which is likely to be offered with single-motor or dual-motor layouts. 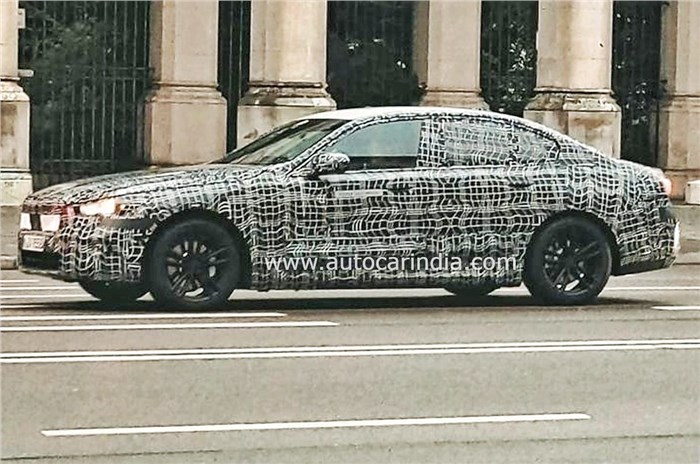 The eighth-generation BMW 5 Series has been spotted testing in Munich, Germany by Autocar India reader Balasurya Shanmugasundaram. This new 5 Series (internally known as G60) will feature a revised exterior and interior design, new tech and an option of an ICE, plug-in hybrid and pure electric powertrains.

From the spy shot it appears that BMW will be bucking its trend of offering large kidney grilles with the next-gen 5 Series. Unlike the new 7 Series and the upcoming XM SUV, the new 5 Series seems to have a more reserved styling. However, it is expected that the 5 Series will sport a sharper front and rear-end compared to the outgoing model.

There are no pictures of the interior, but it is highly likely that its cabin will be influenced by the new 7 Series. It is expected to get a refreshed dashboard and features like the curved dual-screen layout with the infotainment running on BMW’s latest iDrive 8 operating system.

The performance-oriented M5 will join the line-up later with a 700hp-plus plug-in hybrid V8.

The new BMW 5 Series will make its international debut in 2023, with an India launch expected in 2024. The 5 Series will take on executive luxury sedans like the Mercedes-Benz E-Class, Audi A6 and the Volvo S90.